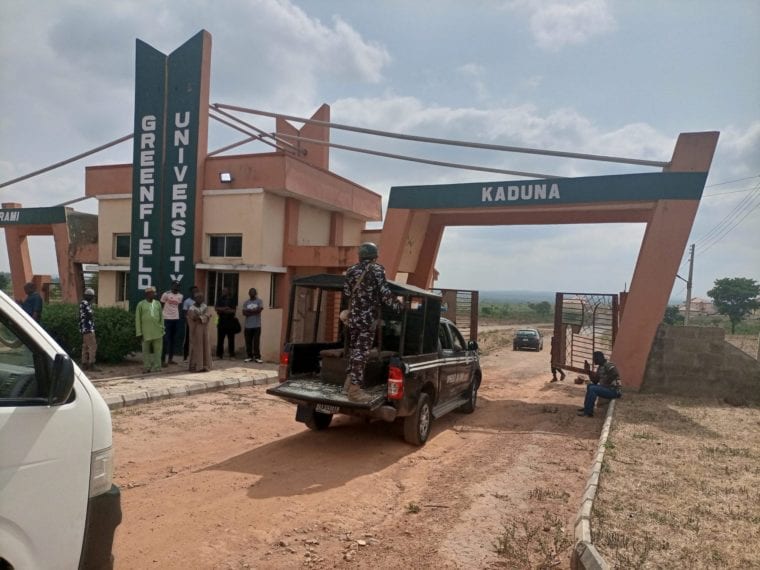 Kidnappers killed one person and took an unknown number of students from a Nigerian university, police said on Wednesday, in the latest in a series of abductions at educational institutes.

The government and security forces have largely been unable to stop the attacks as they struggle to contain worsening violence and criminality across the West African country.

The armed kidnappers came on foot and struck Greenfield University in Kaduna at around 8.15 p.m. (1915 GMT) on Tuesday, state police spokesman Mohammed Jalige said by telephone.

“One of the staff of the university was shot dead, but the number of students abducted is not yet ascertained,” said Jalige, adding that police should know the number later on Wednesday.

A university staff member, speaking on condition of anonymity, said the kidnappers had seized 17 male students.

Greenfield University could not immediately be reached for comment.

The abduction of hundreds of students since December has mainly hit northwestern Nigeria and drawn global attention to the country’s deteriorating security situation.

Kidnap for ransom has become common in the region in recent years. President Muhammadu Buhari urged state governments in February to “review their policy of rewarding bandits with money and vehicles, warning that the policy might boomerang disastrously.”

In March, attackers stormed a forestry college in Kaduna, seizing dozens of students despite the compound’s proximity to a military academy.

After over a month in captivity, kidnappers released 10 of the college’s students for a ransom of 17 million naira ($44,620), said Abdullahi Usman, a parent of one of those still being held. Reuters was unable to verify the alleged ransom payment.