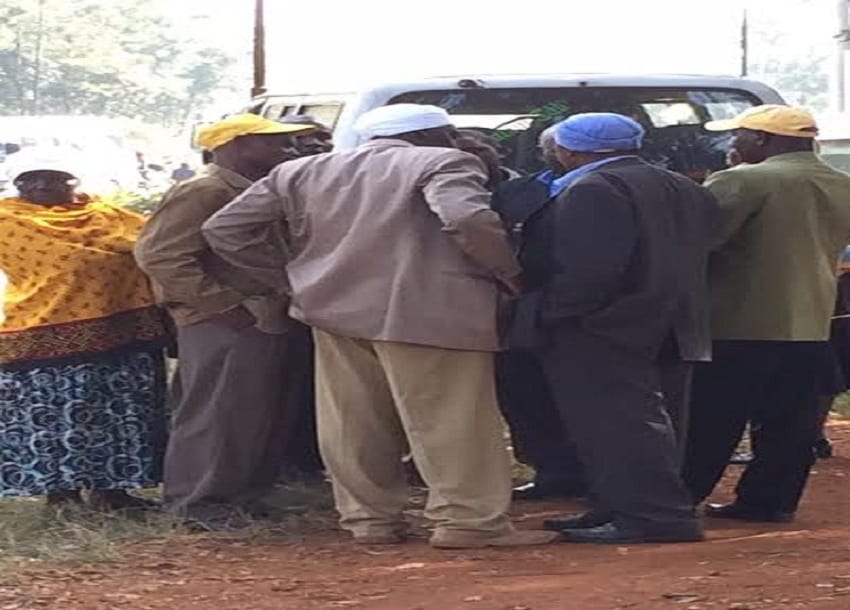 Former and current directors of the controversial Kihiu Mwiri Land Buying Company are currently recording statements at the CID Headquarters.

This follows the controversy that has engulfed the company leading to mysterious murders and disappearance of 11 directors.

The Inspector General of Police Joseph Boinnet and CID Director Ndegwa Muhoro summoned the directors to the CID Headquarters after holding a closed-door meeting in Gatanga on Thursday where they deliberated on the recent killings of two more company directors.

The two said action will be taken against security officers at the CID Headquarters and Makuyu police station who failed to take action even after receiving information of an impending murder of the two directors.

The remarks by the government officials came a day after two more directors of Kihiu Mwiri Company were shot dead by unknown assailants.

Chrispas Wanyoike and Chege Mwangi were killed on Wednesday morning on the Kihiu Mwiri-Kabata road in Thika.

The deaths bring to eight the number of directors killed in a span of two years.