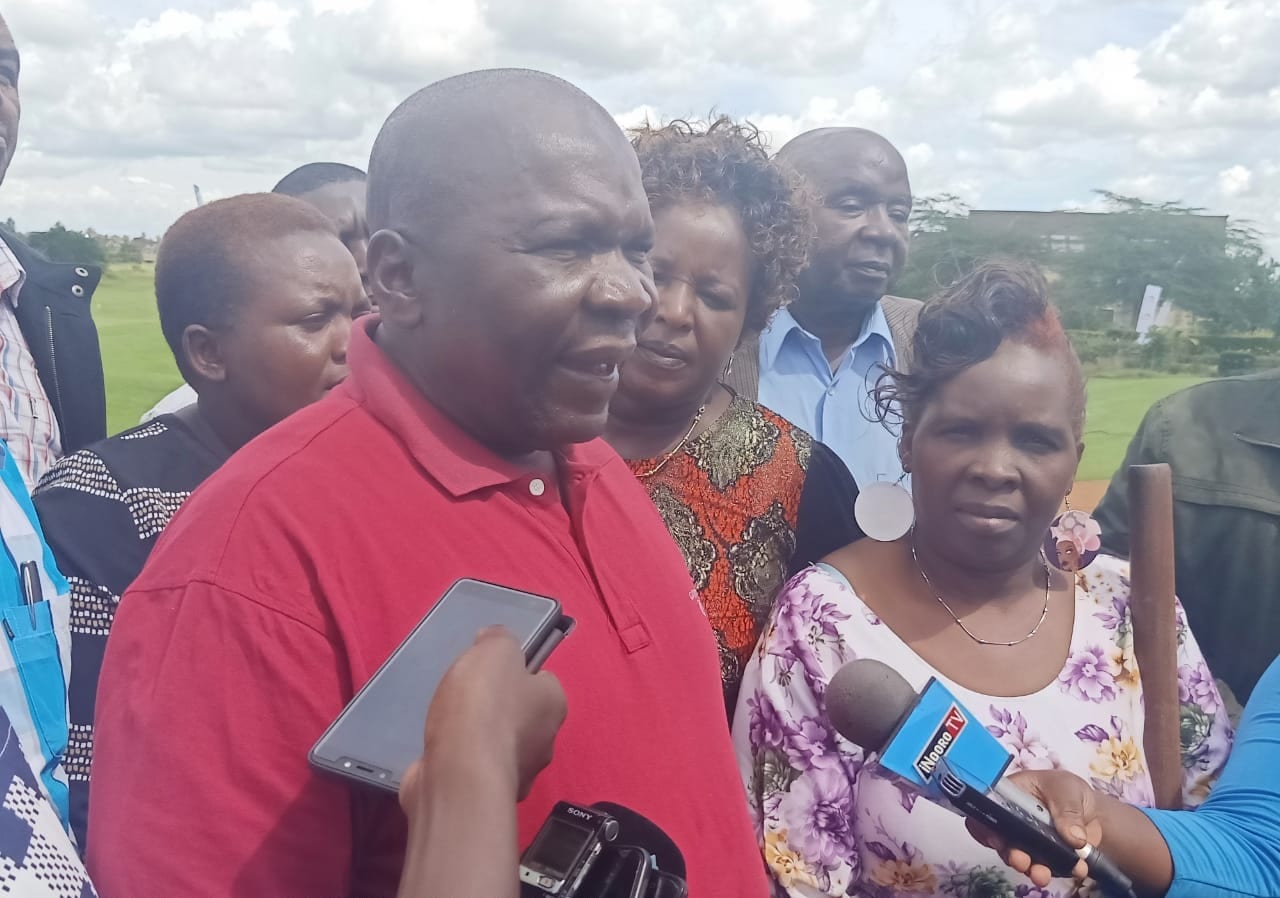 A section of Jubilee Party leaders from Kirinyaga County in Central Kenya have come out to defend President Uhuru Kenyatta from recent attacks by Kandara Member of Parliament Alice Wahome.

MP Wahome, during a recent address, fired salvos at the Head of State accusing him of killing democracy in the country.

However, the Central Kenya leaders – led by Kirinyaga County Jubilee  Chairman James Muriithi – demanded that the Kandara legislator refrains from any future criticism of President Kenyatta whom they lauded for his efforts in fostering peace.

“An elected MP should not insult the president, tell him what development projects you want…not insults…democracy means freedom,” said Mr. Muriithi.

Addressing a press conference on Thursday in Malindi, Wahome claimed that the Building Bridges Initiative (BBI) was a plot by President Kenyatta and ODM Party leader Raila Odinga to remain in power after the 2022 elections.

“The biggest existential threat to Kenya’s declining economy, democracy and freedom of expression, political affiliation and growth is Uhuru Kenyatta, because he is on the driver’s seat,” she said.

The Kandara MP insisted that the recent remarks by Former Jubilee Vice-Chairman David Murathe as well as previous sentiments by COTU Secretary General Francis Atwoli and Nominated Senator Beth Mugo suggesting that that President Kenyatta will remain in power should not be taken lightly.

“Raila Odinga is his new political mercenary for hire, and the BBI report is the special-purpose vehicle heading to the route that has been suggested by Murathe, Atwoli and Beth Mugo,” claimed the Kandara MP.

Murathe, in a recent media interview, claimed that Kenyatta will remain in power as a Prime Minister after the 2022 General Election. On his part Atwoli previously said President Kenyatta is too young to retire at 60 come 2022, hence, his term should be extended.

“Why can’t we put aside the BBI. So far it has produced nothing and many of us agreed to support it but it was returned back. I think we should abandon it completely.”