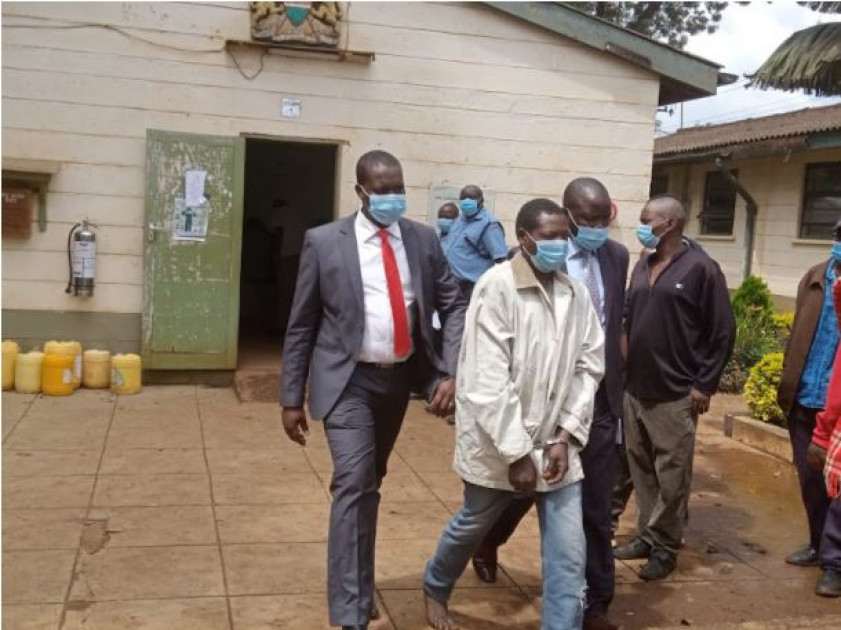 Paul Murage Njuki, a man accused of killing his wife and four children at Kathata village in Gichugu, Kirinyaga County, will remain in police custody for the next 14 days.

This is after Gichugu Principal Magistrate Leah Kaberia granted orders sought by the investigating officer Lazarus Kiprop to complete investigations.

Kiprop in an affidavit prayed that the court grant him the order to have Murage detained to allow for a mental examination and DNA test since one of the girls is reported to have been defiled.

The investigating officer is also seeking to record witness statements, obtain the murder weapon and also allow for a postmortem to be conducted on bodies of the deceased.

The prosecutor Onsongo Museti did not object to the application instead stated the usefulness of having Murage detained at the Kianyaga police station for his safety.

"The case is serious and that the villagers are angry with his act, as the Investigating officer has prayed, I agree with the application to have Murage detained at the said police station for his own safety,"  said Museti.

Murage is said to have murdered his family, then surrendered himself to the Kianyaga police station, where he pleaded with the police commander to arrest and detain him for six months because he was selling bhang.

He reportedly told the police that he started by killing his wife using an axe before killing his four children.