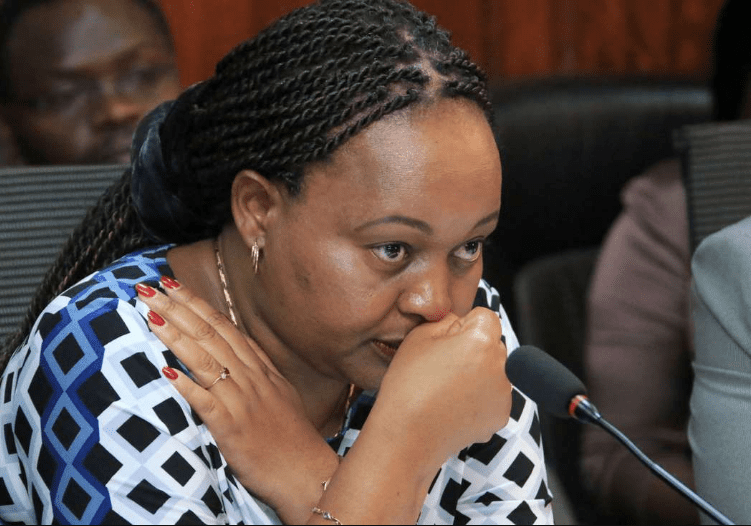 The embattled county boss, fresh off an impeachment attempt, had previously urged the Members of County Assembly (MCAs) to reconsider her proposals and “put the people of Kirinyaga first.”

However, a defiant 25 out of 35 MCAs voted to reject the memorandum.

The MCAs, speaking outside the assembly led by Baragwi Ward Representative David Mathenge, said Waiguru failed to follow advice by the Controller of Budget to fully adopt the performance-based budgeting (PBB) framework in line with the law.

“Waiguru’s administration failed to provide sufficient information on the location of all projects in the budget to enhance openness and accountability in line with Article 201 of the constitution and that why we rejected her proposal,” said Mathenge.

The assembly Majority Leader James Kamau Murango, who is also the Kerugoya MCA, dared Governor Waiguru to take the Assembly to court.

Waiguru, in her memorandum, said she cannot approve ammendments done to the budget because the Assembly slashed over Ksh.300 million meant to pay salaries for health workers and moved it to the construction of ward offices.

She stated “this is unacceptable given that the health workers have put their lives on the line to fight against the COVID-19 pandemic” and that it would put the lives of Kirinyaga residents in danger for not being able to access health services.

The county boss also said the MCAs removed Ksh.20 million meant for payment of casual workers’ wages who are critical in cleaning the environment and health facilities.

“The assembly also removed Ksh.14.6 million for fuel for ambulances, water bills and oxygen for Kirinyaga hospitals and this is unacceptable since it means paralyzing operations in my health sector,” said a visibly agitated Waiguru.

Waiguru further accused the MCAs of removing Ksh.184 million that had been allocated as conditional matching funds for donor funded programs under health, agriculture and education.

The assembly Majority Leader, meanwhile, added that they are still collecting signatures to dissolve the Waiguru-led government.