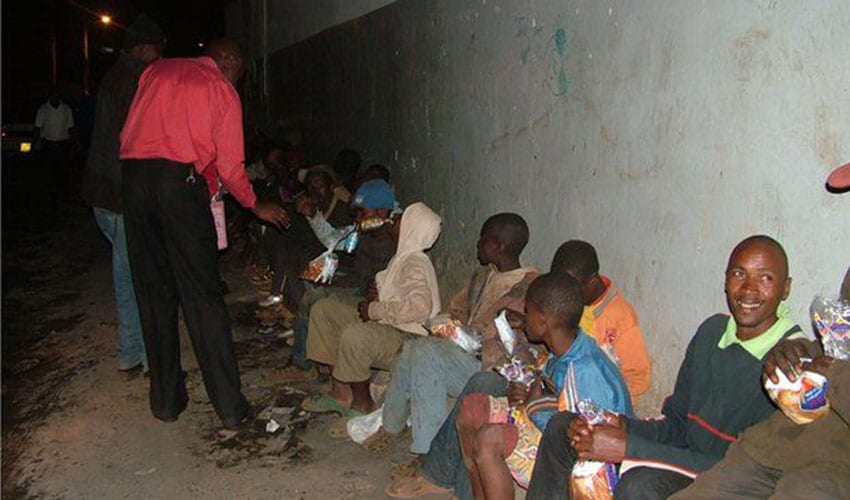 More than 200 orphans from Kisii County have a reason to smile after they received foodstuffs and drinks to usher in the New Year.

Speaking at Keumbu Holiness Children’s home, the former mayor said he had decided to donate the little he had to the orphans so that they could celebrate the New Year like any other children.

“If you have, why can’t you give to those who have little or nothing at all?” said the former mayor.

Nyangweso challenged local leaders to offer support to the needy so as to address their plight.

Hinting on the neglect of the County’s needs by politicians, Nyangeso said it was a duty for the leadership to support members of their county, not for political reasons but for genuine humanitarian reasons.

“It is very unfair to only show up to your subjects, the same who employ you, after five years seeking their votes for another term,” commented Nyangweso.

Rev Abel Ochari, who is the manager at Keumbu children’s home, accused the County government of bringing street children from Kisii Town only to dump them at the home without offering any form of assistance.

The reverend said the county government should own up to its promise of supporting and bringing up the vulnerable children.

“Why can’t we offer support to all those who are orphans in our County and those who live with HIV, are they not part of us?” posed Ochari.

Kisii County has been reported to have one of the highest numbers of vulnerable children and street children.