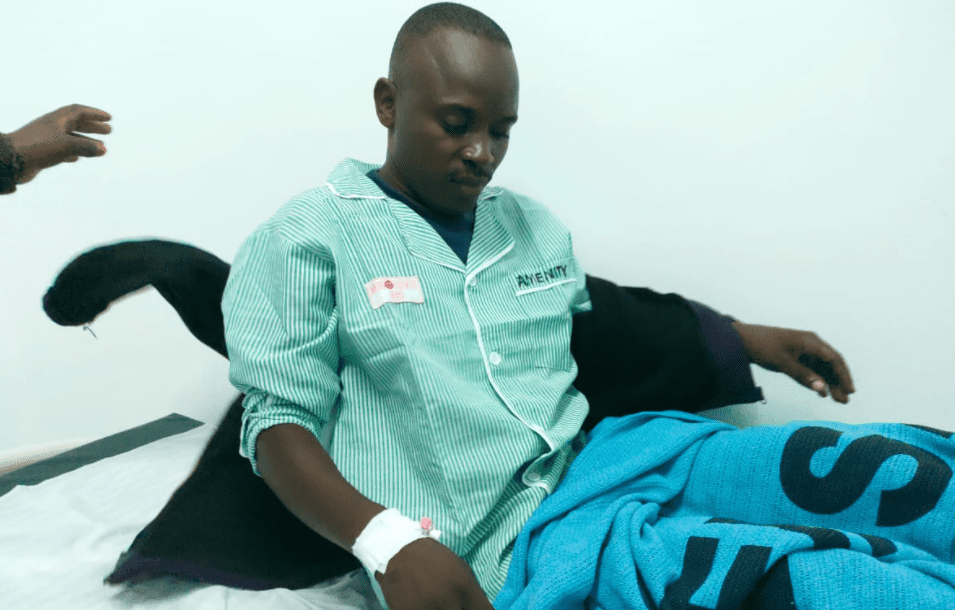 A struggle involving an eagle and a snake that eventually landed on the car of a Kitui County government employee minding his own business has left many tongues wagging.

David Musyoka, a driver attached to the county government, told Citizen Digital that he was driving towards Mwingi town when a snake freed itself from the talons of an eagle and dropped on top of his car.

According to Musyoka, before he could do anything, the snake found its way inside the car and bit his left arm.

He immediately stopped the car and jumped out with the snake still hanging onto his arm and called for help.

Nearby residents of Kwa Mbungu market rushed to his rescue and killed the snake then gave him first aid.

However, in a shocking turn of events, the residents said the eagle emerged out of nowhere again and picked the dead snake right back up and flew away with it.

The management of Mwingi Level IV Hospital, where Musyoka was admitted, has since said the snake bite has been fully treated and the patient is recuperating well.