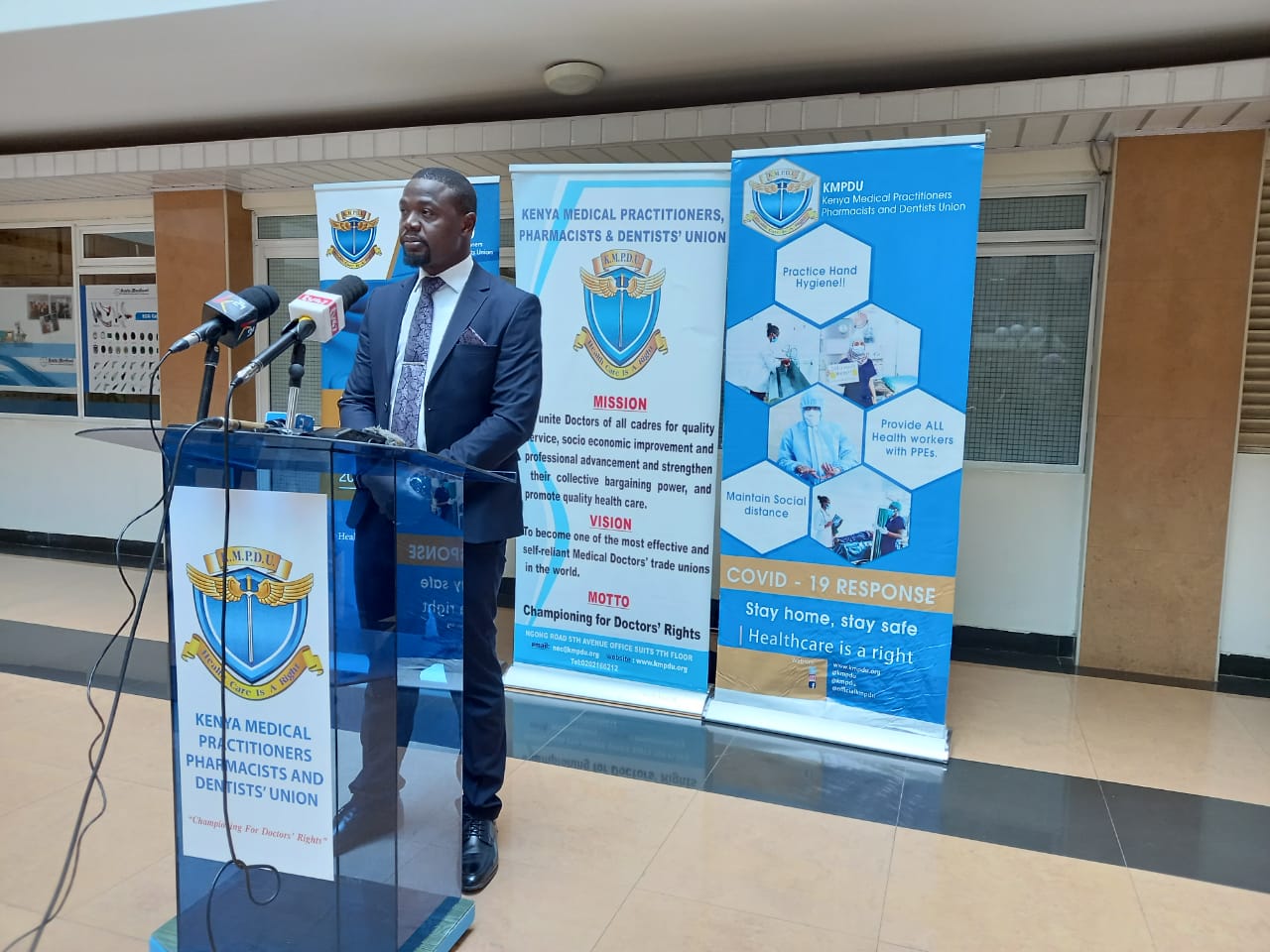 Dr. Davji, speaking during a press conference on Wednesday, claimed the country is witnessing a doctor shortage, putting patients in need of medical attention at danger.

According to Dr. Davji, hospitals like the Mama Lucy Hospital and the Mbagathi District Hospital do not have any ICU beds and getting a bed in the city is now nearly impossible.

According to Dr. Davji, just 300 doctors are available in Thika, and they are tasked with caring for the growing retinue of patients.

“In the Central region, all the ICU beds are filled up,Western region has 18 beds in Kisumu and Nyanza there are only three beds,” Dr. Davji  said on Wednesday “We are in a crisis as a country.”

The KMPDU is now demanding that the government hire additional doctors, and is criticizing the government’s decision to send some nurses to the United Kingdom rather than solve the local shortfall first.

“The President signed a deal with UK  for nurses to go there…as a country what are we doing to have enough health care workers,” Dr. Davji posed

Kenya currently has a ratio of 1:16000, far below the ratio recommended by the World Health Organisation (WHO).

The union also cited other challenges that currently beleaguer the health sector, especially shortage of the Personal Protective Equipment (PPEs).

The Secretary General also pointed a finger at the state, saying the government is not doing enough to vaccinate its population.

“The country has been vaccinating only 100,000 people a month since March, there is not enough effort from the government to ensure expeditious vaccinations,” Dr. Davji said.

Concern has also been raised about the delta variant which is currently sweeping across the globe and is said to be more virulent, transmissible and severe.

WHO, in a recently released study, revealed that a mix of AstraZeneca as the first jab and either the mRNA vaccines (Pfizer or Moderna) was better than two doses of the Oxford vaccine.

According to WHO, a single dose of AstraZeneca followed by an injection of Pfizer/BioNTech or Moderna’s mRNA vaccine was highly effective, especially against the Delta variant.