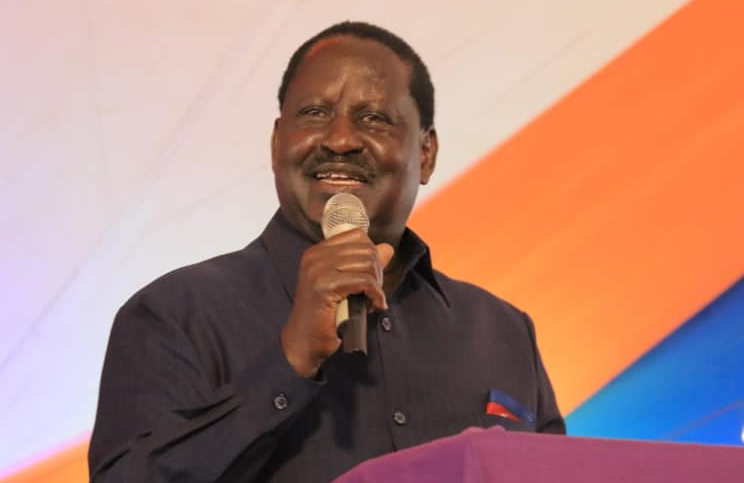 A section of Kenya National Union of Teachers (KNUT) officials from Nyanza on Tuesday held a meeting with opposition Leader Raila Odinga over the ongoing row with the Teachers Service Commission (TSC).

Odinga’s spokesperson Dennis Onyango said the KNUT officials sought for the former premier’s “advice and intervention concerning the remission of commission to KNUT for two months by TSC.”

The union officials also sought Mr. Odinga’s intervention in the case of about 280 teachers, including KNUT officials who were interdicted earlier this year for having missed the new curriculum workshop in April.

TSC and KNUT are embroiled in a fierce tussle over, among other issues, teacher transfers and promotions as well as failure by the teachers’ employer to remit the union dues collected from salaries of KNUT members.

The frosty relations between the two entities has seen TSC  fail to remit commission to KNUT for two months now.

The Wilson Sossion-led union has since moved to court seeking to have KNUT cited for contempt of court.

During the meeting, Mr. Odinga is said to have urged KNUT to continue giving priority to dialogue and negotiations before resorting to strikes.

“Mr. Odinga assured the union officials that he had been trying to help bring all the parties to the negotiating table and ensure a harmonious relationship between KNUT, TSC and the Ministry of Education,” read a statement issued by Odinga’s spokesperson.

The opposition leader further promised to continue engaging on the matter, which has seen KNUT threaten to paralyse learning next month as schools re-open for Third Term.

The meeting took place at Odinga’s Capitol Hill Square offices at the request of the KNUT officials.