Kobe Bryant: Remembering the final game of ‘The Black Mamba’ 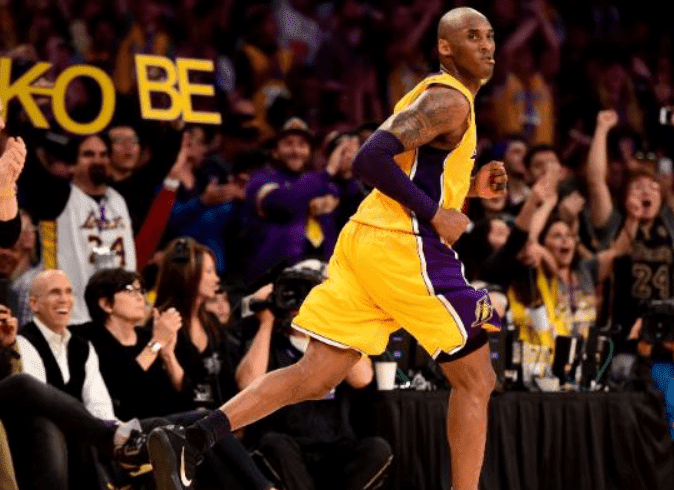 Gone but never forgotten. As tributes poured in remembering Kobe Bryant’s remarkable basketball career following his death in a helicopter crash on Sunday in California, fans were left cherishing countless memories as they mourned the NBA great’s passing.

Fans’ final vision of Bryant in a purple and gold uniform four years ago was like many before as the Los Angeles Lakers’ legend scored a spectacular 60 points in his farewell NBA game.

Outside the arena before the game against the Utah Jazz on that day in April 13, 2016, fans had chanted, “Ko-be! Ko-be!”

One fan, who with his two buddies paid $4,200 for three $34 tickets, told CNN they came from Oregon to watch the final game.

“He’s the greatest of our generation,” he said. “He’s been a great inspiration for all of us.”

Bryant had announced that season would be his last in a poignant letter written in the form of a poem on The Players’ Tribune.

“This season is all I have left to give,” he wrote in “Dear Basketball.” “My heart can take the pounding. My mind can handle the grind. But my body knows it’s time to say goodbye.

If injuries had made too many of his final contests a struggle, Bryant completed his glorious 20-year career with the style that made him a five-time NBA champion.

He showed the tenacity, toughness and talent that made him one of the all-time greats in basketball history.

And unlike many games in his farewell season, Bryant’s heroics helped to bring victory. Trailing the Utah Jazz for most of that night, it was Bryant that sparked the Lakers in the fourth quarter, rallying them single-handedly to a 101-96 win.

Then with 4.1 seconds remaining, Bryant left the game. He was swarmed on the court afterward by former teammates and coaches.

“I can’t believe how fast 20 years went by,” Bryant told the Staples Center crowd as he thanked the fans, his teammates and his family.

He recalled how it was his dream to play for the Lakers, his favorite team growing up.

“You can’t write something better than this,” he said.

Bryant, who made 22 of 50 shots, laughed in his farewell speech because he’d been told for two decades to pass the ball.

On the last night, he said, his teammates were telling him: “Don’t pass it!”

Bryant, whom Magic Johnson referred to in a pregame ceremony as the greatest Laker, finished his speech with “Mamba out” — a reference to his nickname, “The Black Mamba” — a kiss and a literal mic drop.

How great was Bryant as he bid farewell to the NBA?

He outscored the Jazz in the fourth quarter 23-21. With his team trailing with just under six minutes to go, Bryant scored 17 consecutive points for his team.

With 40 seconds remaining, Bryant got the ball with his team down 1 point.

It was a scene NBA fans have seen so many times before. Bryant dribbled the ball upcourt, surveyed the defense, headed to his left then reversed course to use a screen. With his man respecting Bryant’s ability to drive, the legend pulled up from just inside the 3-point line with 31 seconds remaining.

As soon as the ball left his shooting hand he knew it, the Jazz knew it, 19,000 Lakers fans knew it and the watching TV audience knew it.

Quintessential Kobe. He knocked it down. Another game winner for a highlight reel full of mesmerizing moments.