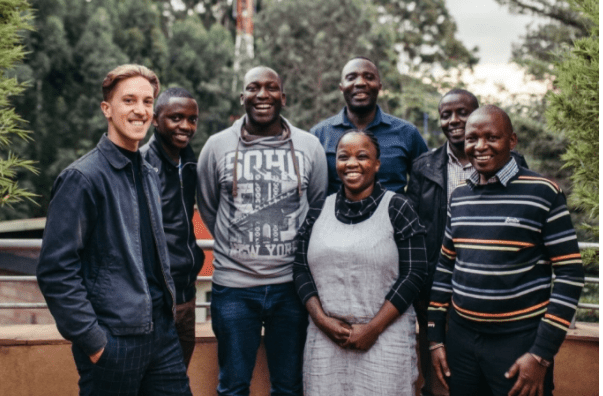 Robin Reecht should be sitting back, counting his money and thinking of ways to expand his tech business in Kenya but instead, his company is busy apologising on his behalf for “misspeaking”.

Reecht is the CEO and founder of a six-month-old Kenyan-based tech company called Kune that seeks to disrupt or innovate the ready-to-eat meals industry in the country.

So, after closing the Ksh.107 million ($1 million) pre-seed round to launch Kune’s on-demand food service in August, he offered an interview with TechCrunch, an American digital platform that focuses on high tech and startup companies, and that is where the problem started.

Kune has so far raised a total of Ksh.113 million ($1.050 million), was borne out of a three-day frustrating stay in Kenya for Reetch.

“After three days of coming into Kenya, I asked where I can get great food at a cheap price, and everybody tell me it’s impossible,” he told TechCrunch. “It’s impossible because either you go to the street and you eat street food, which is really cheap but with not-so-good quality, or you order on Uber Eats, Glovo or Jumia, where you get quality but you have to pay at least $10.”

The reaction from Kenyans – mostly the influential #KenyansOnTwitter gang – was exothermic and his comments were met with so heavy backlash with many equating it to the common “white saviour” mentality and “white privilege” that many Western, white people have whenever they land on the continent.

“This story here reminds me of an article written by medium which pointed out: 1) white tech start up are 50,000% more likely to get funded in Kenya than the USA. 2) 65% of founders were from the USA. 3) 65% of this expatriates tech founders had lived here for 0 yrs before…,” tweeted @WanjiruNatasha_

“I’m still flabbergasted at the audacity of someone raising $1mn to “invent” food delivery in Nairobi. This city where you can order anything and have it in your house in 2 hours time. Where my kibanda delivers chapos in an hour. All with no address system.,” added @RookieKE.

“Dude came to Kenya in November. Started this company in December. And by June has already been given 1 million dollar investment and the company isn’t even operational,” tweeted @aleyakassam.

Many also wondered just how easy it is to raise so much money based on a three-week “research” period and also what exact problem he seeks to solve.

According to TechCrunch, Reetch noticed a gap in the market and sought to fill it with Kune. “The goal? To provide affordable, convenient and tasty meals. It took a week to develop a pilot, and with a ready waitlist of 50 customers in a particular office space, his plans were in motion. Kune sold more than 500 meals ($4 average) and tripled its customer base from 50 to 150.”

While there are a few who tried to defend Reetch’s comments, the angry mob needed more answers and they kept tweeting through the weekend and finally Kune responded saying the boss “misspoke”.

“Concerning the TechCrunch and DisruptAfrica article: our founder misspoke in his statement, at KuneFood we love street food but we find it difficult to get it delivered. We love Kenyan food culture and just think it deserves more media content. We apologise for the misspeaking and hope to see you at KuneFood soon!”

This will probably blow over for Kune Food but Kenyans have shown that they are ready to fight for their honour whenever they feel wronged.