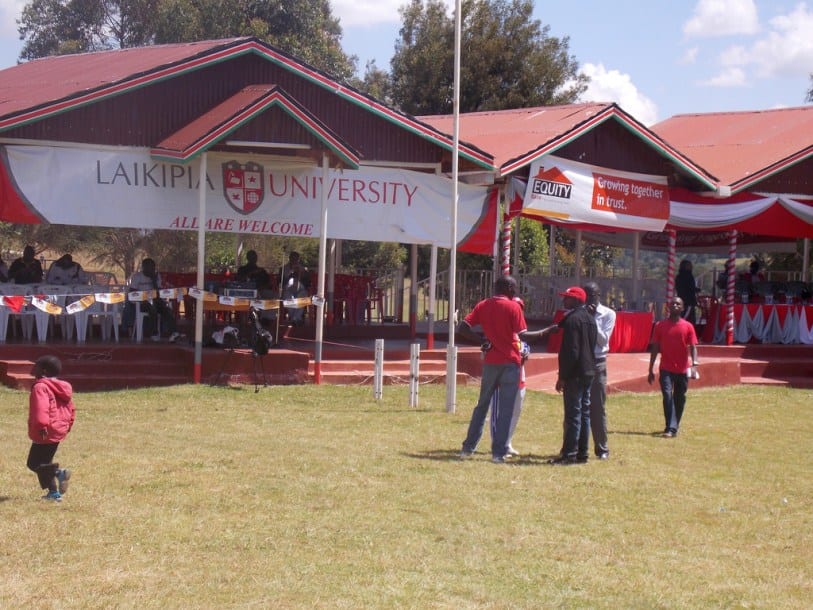 Laikipia University’s main campus in Nyahururu has been closed indefinitely following chaos that erupted as students protested the death of their colleague.
The students reportedly barricaded the Nyahururu-Nakuru highway for hours before anti-riot police officers swerved into action in a bid to restore order, even as motorists and other road users moved in fear of being caught up in the riot.
It took the efforts of police officers from Nyahururu Police Station hours to control the students who had lit bonfires forcing residents from the nearby Karuga trading center to close down their business premises.
The irate students were protesting the death of a third year student known to us as Peter Maina Mwaura who allegedly fell from the university’s bus after arriving from an academic trip in Njoro on Thursday.

According to the students, the school management admitted the deceased to the school’s health institution instead of referring him to another hospital, a move they termed as negligence by the school management thus prompting the protests.
“Maina was pursuing a Bachelor of Science in Utilization and Sustainability of Arid Lands and had sustained serious injuries on the head and yet they still kept him in the health facility instead of taking him to a more advanced medical centre,” said one student
“The students tried to talk to the management on the issue by they ignored us,” said one of the student leaders who sought anonymity for fear of being victimised.
The student leader further noted that the health department at the school was not properly equipped further questioning its capability to attend to the over 5000 students in the institution.
Laikipia University Deputy vice chancellor, however, disputed the student’s claims saying that the deceased passed on while being attended to at a Nyahururu hospital and not at the university’s dispensary.
He further added that the deceased died some few minutes on arrival adding that arrangements to transfer him to Nakuru Provincial General Hospital’s ICU had already been made at that time.

The deputy chancellor now says that the management of the institution regrets the death of one of their students and sent their condolences to the family.

The indefinite closure of the university’s main campus comes two weeks before the institution holds its 3rd Graduation Ceremony set for the 27th of this month.