Lameck Dunde: Life of a Kenyan rugby player under lockdown in Italy 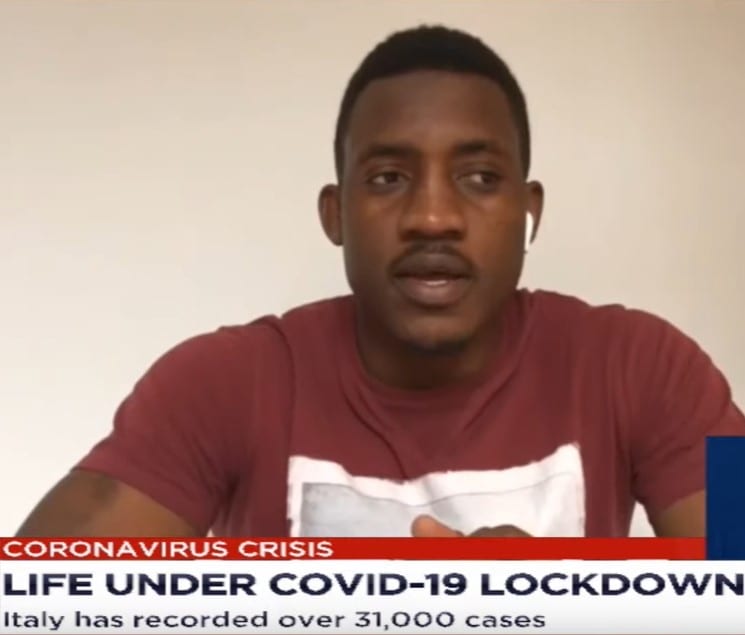 A Kenyan rugby player Lameck Dunde has only left his house three times this month as Italy reels from the devastation of the coronavirus.

This after a country wide lockdown was imposed by the Italian government following the coronavirus outbreak.

Dunde lives in a small city 15 kilometres north-east of Milan. One of the hardest hit cities in Europe’s fourth largest economy.

Speaking with Citizen TV’s Bernard Ndong, Dunde painted a picture of how it is like to live in a city under lockdown.

Dunde has been living in Italy since 2016 when he travelled to do his Master’s degree. He later signed up with Italy’s third tier Rugby team Cus Milano.

Milano was on top of Italian Serie B this season and was on course to clinch the title.

On March 10 however, the country’s Prime Minister placed the entire country with a population of 60 million on lockdown after the coronavirus infections peaked at 10,000 with more than 500 deaths.

Lameck admits that a lot of people in Italy underestimated the seriousness of the situation when the numbers were initially just single digits.

Now, Italians can barely move from their houses and have to move around with a certification whether its for a grocery run or a trip to the pharmacy.

The certification is produced by those leaving their homes to go to work or for shopping.  Anyone caught outside without certification risks being prosecuted.

Athletes like Dunde who can longer access gyms have had to improvise on new ways to keep fit before the league resumes.

Some of his teammates train on the empty roads at nights to maintain their fitness.

Dunde says they read books to kill time but admits that loneliness is a key concern among those impacted by the lockdown.

He is in contact with his family however and says that he talks to them every day. His brother is currently in Moscow, Russia.