‘This is our land’: Uncertain future for Ugandans facing eviction from wildlife reserve 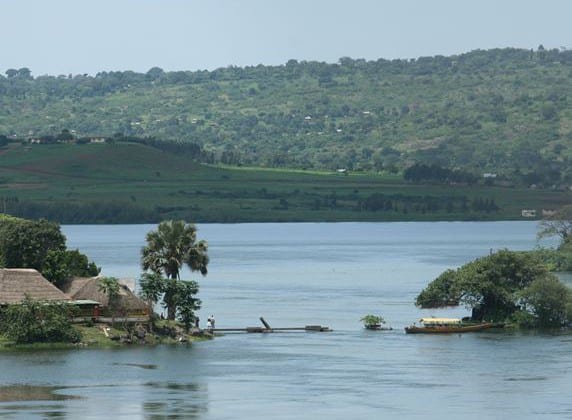 The landscape is bucolic: shoulder-high grass, patches of woodland and the occasional homestead, all sloping down to the east bank of Uganda’s River Nile.

But the charred ruins of burned huts tell of long-running tensions in the area surrounding Apaa village, northern Uganda, where families who claim the area as ancestral land are pitted against the government, which has declared it a wildlife reserve.

Local residents said park rangers and soldiers had repeatedly attacked their homes, stolen animals and uprooted crops to drive them from the area.

“If they get you, they can cane you,” said one man, who asked not to be named for fear of retaliation. “They can tell you: ‘Keep away from here because there is a forest.’”

The disputed land, called the East Madi Wildlife Reserve, is home to thousands of people and covers about 830 square km (320 square miles), an area more than half the size of greater London.

In a conflict that has rumbled on for about a decade, more than 840 homes were destroyed between late 2017 and June 2018 alone, according to research by Human Rights Focus, a Ugandan non-profit.

“It is true we have chased people from the reserve,” Bashir Hangi, spokesman for the state-run Uganda Wildlife Authority (UWA), told the Thomson Reuters Foundation.

“As an agency of government, we have a responsibility of ensuring that these protected areas are free of encroachment,” he said in his office in Kampala, the capital.

Hangi denied that rangers burn huts which are still in use but confirmed that “we pull the huts down after people have left”.

The evictions sometimes turned violent: The wildlife authority has acknowledged that one man was shot dead by a stray bullet during evictions in 2012.

Residents and Anthony Akol, a member of parliament, also said another man was shot by soldiers last year, which the army denies.

Apaa has a long history of forced displacement, stretching back to colonial times, when British authorities ordered people to move from the area, ostensibly to control “sleeping sickness”, a tropical disease affecting sub-Saharan African countries. The land was later used for hunting.

In the 1990s, communities were uprooted again, this time by war. The government herded most of the population into camps as it fought a rebellion led by Joseph Kony and his Lord’s Resistance Army.

From 2008, residents said that people began trickling back onto the land, but were told that it had been declared a wildlife reserve.

Although the Ugandan constitution recognises ownership of customary land, which is passed down through families and held without a title deed, the disruption caused by the war made land claims difficult to prove, say land rights advocates.

“Is it right to gazette land that was previously occupied by people in their absence?” asked Lucy Akello, a local MP who opposes the project, adding that the army has “brutalised” the area’s residents.

In recent years local protests have put Apaa – a remote area with no cellphone signal – in the national spotlight.

In 2015, a group of elderly women stripped naked in front of startled government ministers and surveyors who had come to mark out the boundaries of the districts at the edges of the reserve.

And last year, more than 200 people from Apaa staged a five-week occupation of a United Nations compound in the nearby town of Gulu to draw attention to their plight. They later returned home with verbal assurances that eviction would cease.

The disagreement over the reserve is also entangled with a boundary dispute between the neighbouring districts of Adjumani, which wants to keep the wildlife reserve, and Amuru, which opposes it.

James Leku, the chairman of Adjumani district, keeps a map of the area beside his desk, mounted on a wooden board.

He said that people in the reserve are recent arrivals who “decided to settle on lands that did not belong to them.”

In 2009, Adjumani district and the Ugandan Wildlife Authority granted a concession to South African investor Bruce Martin for sports hunting in the reserve and, according to Leku, stood to gain a share of any revenues.

“I’m not going back where people are still fighting,” he told the Thomson Reuters Foundation, adding that animals such as buffalo and waterbuck have disappeared from the area. “As far as the wildlife reserve is concerned, there’s nothing left.”

By contrast, politicians in Amuru, including Akello, say the reserve lies on the ancestral lands of the local Acholi people and that residents have nowhere else to go.

“They (the residents) know Apaa is a very difficult place, but that is their ancestral home,” Akello said.

Most people in Adjumani are from the Madi ethnic group and most in Amuru are Acholi.

The two communities generally live together peacefully and intermarry.

But residents said local leaders increasingly frame the land dispute in ethnic terms, and recently there have been violent clashes between people from the two districts in and around the reserve.

In 2017, a group of unidentified men, thought to have come from Adjumani, killed eight people near Apaa, according to a police spokesman.

Meanwhile, the security presence in Apaa has been ramped up, with journalists and politicians blocked from visiting some affected areas.

“Our role as security is to make sure that there is not a society attacking another society,” said Colonel Bonny Bamwiseki – who commands the army in the region – at the army barracks in Gulu.

He denied that soldiers were involved in burning huts and assaulting civilians.

In February the government offered to compensate about 370 families with 10 million Ugandan shillings (about Ksh280,000), plus 20 bags of cement and 20 iron sheets to rebuild their homes, if they leave the reserve.

But a new study by the Centre of Governance and Human Rights at the University of Cambridge, England showed the compensation plan would only cover a fraction of the residents.

Using satellite imagery, researchers estimated that there are roughly 2,400 households – or about 13,000 people – in the area.

Plans for further evictions are now on hold as a presidential committee, headed by the deputy speaker of parliament, takes more time to investigate the land dispute.

This follows the work of a previous committee which examined the issue last year, led by Uganda’s prime minister Ruhakana Rugunda.

But residents said they will not leave, whatever happens.

“This is not a game reserve, this is our land,” said one woman who faces eviction from her home in the disputed area. “Where else can I go with my children?”