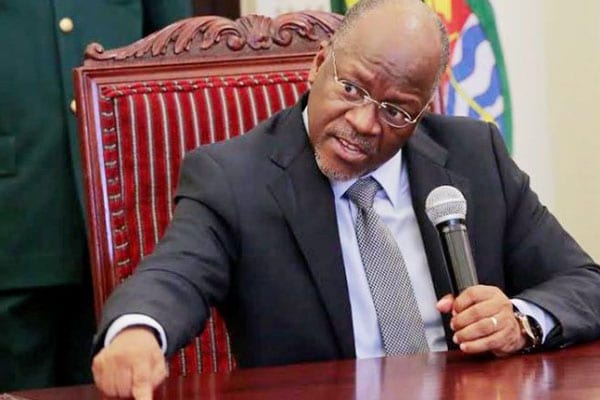 As the world pays tribute to the late 5th Tanzanian President John Pombe Magufuli, his legacy is proving to be a complex one.

On one hand, he gained global acclaim early on for his intolerance to corruption and reigning in public spending.

But in his later years at the helm of Tanzania, he seemingly metamorphosised into an authoritarian leader with little regard for human rights.

Prior to Magufuli’s ascension to the presidency, Tanzania was known as a rising democratic development success story favoured by nations such as the United States for its vibrant democracy and seamless power transitions.

But under the Magufuli regime, the nation witnessed a rapid decline in political and civil rights over the last six years.

In the run-up to the November 2020 General Elections, Magufuli was accused in two reports by the human rights organizations Amnesty International and Human Rights Watch of presiding over rising levels of abuses against activists and opponents.

The rain began beating Tanzania’s democratic freedom space in 2016 when the new President John Magufuli announced a blanket ban on political activities until 2020.

One year later, in September 2017, the Parliamentary Chief Whip of the main opposition party Chadema Tundu Lissu survived an assassination attempt when he was shot 16 times by unknown gunmen.

He was initially treated for his wounds in Kenya but travelled to Belgium in January 2018 to recuperate there.

Tundu Lissu returned to Tanzania in 2020 to vie for the presidency but claimed to have been receiving death threats after the October 28th General Elections were announced and sought refuge at the German Embassy in Dar es Salaam before fleeing to Belgium for a second time.

“So blatant was this form of rigging that its perpetrators did not attempt to hide it even from the few international observers invited and present,” Lissu said then.

But Lissu was not the only opposition figure who faced the wrath of the State, former Tanzanian MP Godbless Lema fled to Kenya in November 2020 fleeing what he described as persecution.

Lema and his family were eventually granted political asylum in Canada.

One unresolved case is that of the murder of two officials of the main opposition party Chadema.

In 2018, unidentified assailants killed Daniel John and Godfrey Luena by hacking them with machetes. Although police said they were investigating these killings, no arrests have yet been made.

Kabendera’s mother passed on whilst her son was behind bars and her son was not allowed to attend her funeral. Kabendera was eventually freed in early 2020 after several months behind bars.

Both Amnesty International and Human Rights Watch found that Tanzanian authorities had undermined the rights to freedom of expression and media freedom by enforcing repressive new and existing laws and regulations governing the media, NGOs and political parties.