Leaders condole with families of soldiers slain in AMISOM base attack 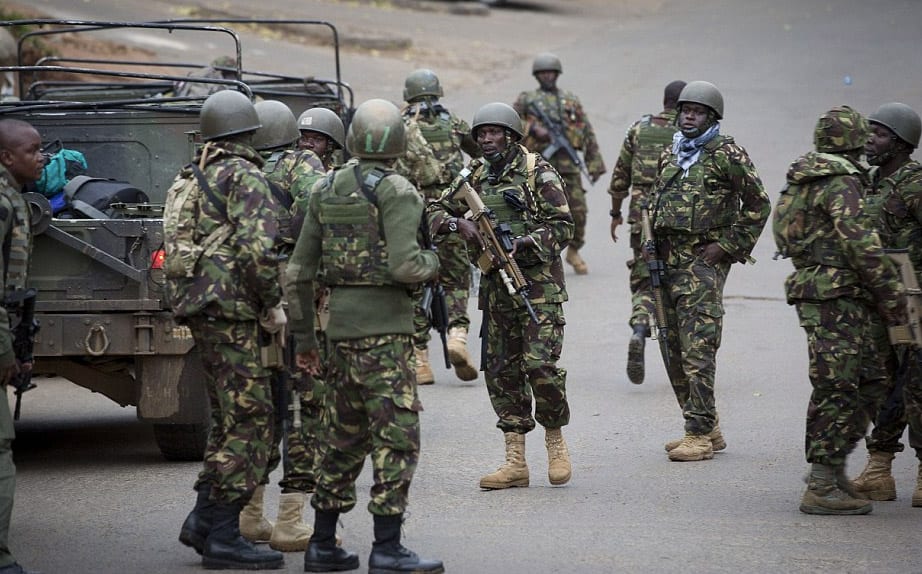 At least 150 Al-Shabaab militants were killed in El-Adde Somalia on Friday following operations by Kenya Defense Forces (KDF); this is according to a report by Military Intelligence and Deep Cover Operatives.

The report confirms that Al Shabaab had deployed over 400 fighters to attack about 160 Kenyan soldiers based in El Adde.

An unknown number of soldiers were killed following an early morning Al Shabaab attack at the Somali National Army (SNA) camp, which is in close proximity to the Kenya Defence Forces (KDF) camp.

According to a press release from the Ministry of Defence on Friday,  the SNA camp was overrun and the KDF troops under AMISOM counter-attacked in support of SNA.

Condolence messages have come streaming from various leaders following the news of the attack.

Coalitions for Reforms and Democracy (CORD) Leader Raila Odinga extended deep condolences to the families, friends and relatives of the slain soldiers who “died in a valiant effort to keep our country and the world safe.”

“Once again, our country has lost some of his best defenders following the attack on KDF troops serving a humane cause in Somalia,” read a statement from CORD Leader Raila Odinga.

“Their death confirms the danger we continue to face from extremists as a country and a region. As a nation, we must stand together in condemning this brutal and brazen attack on freedom,” further read the statement.

Senate Minority Leader Moses Wetangula consoled the families of the slain soldiers, at the same time condemning what he termed as a “cowardly attack on KDF troops in Somalia.”

Wetangula said the brazen attack on Kenya’s troops is unacceptable and cannot be tolerated as Kenya strives to pursue and secure her national interests.

“We must join hands and spare no resources in supporting our security agencies as they work diligently to secure our national interests,” said  Wetangula.

Wetangula called upon all Kenyans to remember the KDF family in their prayers at this trying moment.

“Our soldiers will not leave Somalia until we fulfill our mission and our objectives in that country. We are ready to support the Somalia until it becomes a stable nation and for now we are working hand in hand with President Hassan Sheikh Mohamoud,” said Duale.

Duale also sent his condolences to the bereaved families, saying that the government of Kenya is still strong and will do anything possible to protect the people of Kenya.

This is not the first attack on a military camp carried out by the Al Shabaab.

On June 14th 2015, at least 16 Al Shabaab militants were killed in a botched attack at a military camp in Baure, Lamu County.

Two KDF soldiers also lost their lives in the attack.