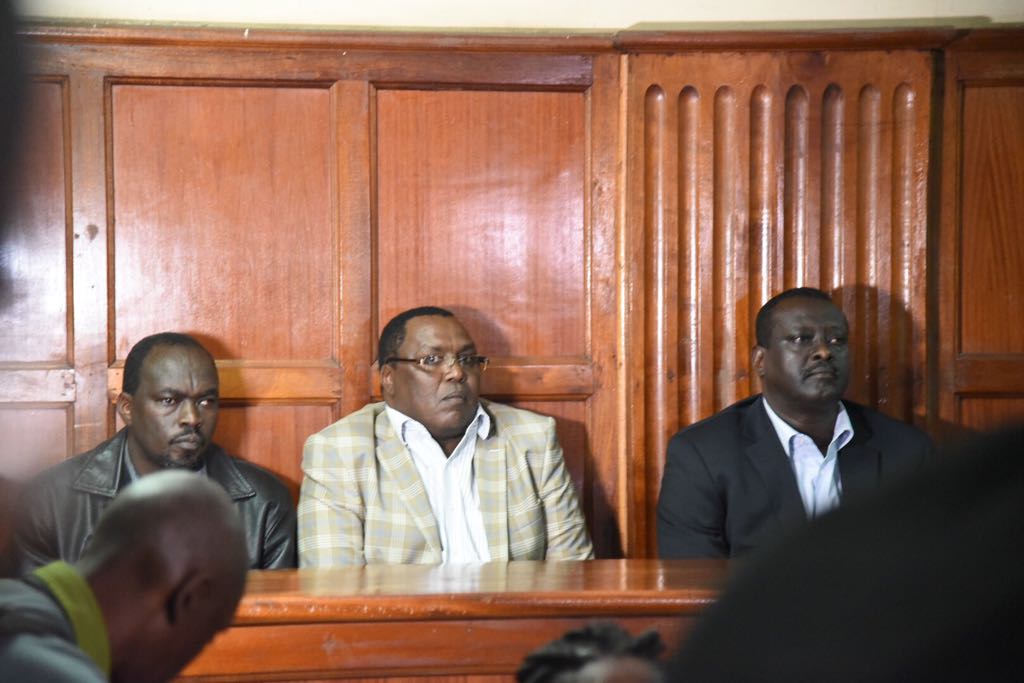 Agriculture PS Richard Lesiyampe and two other suspects in the National Cereals and Produce Board (NCPB) maize scandal have been released on Ksh.6 million bail and a surety of a similar amount.

The suspects were directed to deposit their passports in the court and those who still hold constitutional offices prohibited from contacting witnesses.

Soft copies of all witness statements are to be provided to the Defence team before mention of the matter.

The three were arrested by detectives from the Ethics and Anti Corruption Commission (EACC) on Thursday morning alongside four others over the irregular purchase of maize.

According to the Director of Public Prosecutions Noordin, investigations revealed that the NCPB spent over Ksh.11million, an excess from the Ksh.6billion budgeted for.

“The PS irregularly authorised the expenditure and failed to ensure that the purchase was done in accordance with the law,” read the statement from the DPP, adding that this was contrary to the policy guidelines issued by the Ministry of Agriculture.

They were charged with wilful failure to comply with the law relating to management of public property, unauthorised spending of public funds, conspiracy to defraud, abuse of office and neglect of official duty.