Let us mourn our loss, wife of ex-MP Too asks 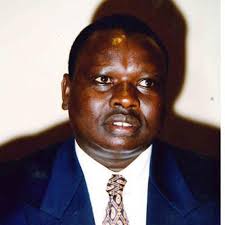 Wife of fallen former nominated Member of Parliament Mark Too has asked Kenyans to give her family space to grieve their loss – this coming just a day after Too passed away in Eldoret, Uasin Gishu County.

In a statement to newsrooms, Mrs Too clarified that her husband died in a bathroom – and not in hospital as was earlier reported.

“My husband collapsed in the bathroom, nothing more. And the doctors are suspecting it was a heart attack,” said the remorseful Mary Too.

The top KANU era politician died on Saturday December 31, after failing to respond to calls from his foremen in his Maziwa farm.

“He woke up very okay and we had a joyful play of words, but he said he wanted to pick something from the house. After trying to call him severally, he failed to answer. Prompting us to check up on him,” said a grounds man.

Too was rushed to St Luke’s hospital, where he was pronounced dead. The burial of the ex-MP is yet to be announced.

Best known for stepping down from his nominated seat for President Uhuru Kenyatta in 2001, Too – who was popularly known as “Bwana Dawa” – was a top political player in the 90’s.

Following his passing, Uhuru condoled the family for their loss, saying the late Too was a “jovial easy-going character who fully embraced humility.”

Mark Too was born in 1952 in Ndubenet Village, Nandi County.