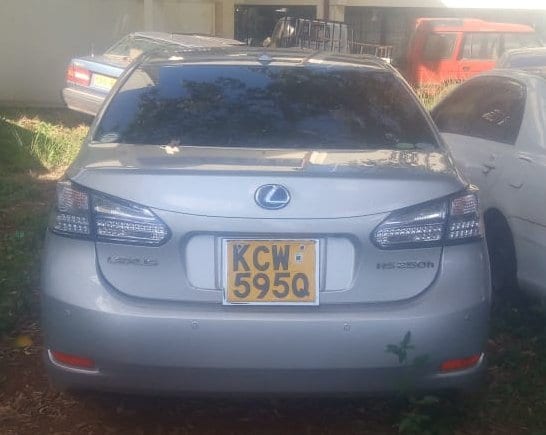 Detectives have recovered a Lexus car that Hesbon Otieno, one of the suspects in an online fraud case, allegedly used to defraud an unsuspecting victim.

According to the Directorate of Criminal Investigations, the Lexus was seized in Parklands while on sale.

“Otieno has been in the WANTED list accused of having hacked the account of the victim who had ordered for a Mercedes Benz from BeForward Car Importers and changed the specifications to a Lexus and Smart ForTwo cars,” the DCI said on Thursday. 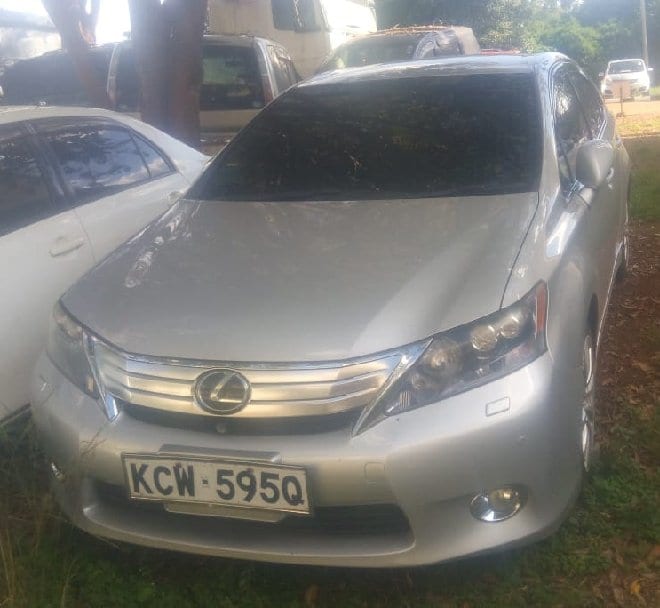 The Smart ForTwo cars are still at a container freight station in Mombasa.

Otieno is among those who were arrested two days ago for allegedly defrauding a lecturer of Ksh.567,000.

He is alleged to have cleared the consignment at the Mombasa port under his name and has been using the Lexus car.

The suspect is to be arraigned in court next week.

In the case, another suspect is said to have introduced himself as Martin but his identity card read James Maina Muhindi.

He allegedly posed as an agent of Beforward Car Importers in Japan.

The suspect reportedly enticed the victim into depositing the said amount into NCBA bank “to avoid delays in the dispatch of the consignment.”

The lecturer however later reported the matter to the DCI when he was asked to make another deposit of Ksh.432,000 as duty fees.