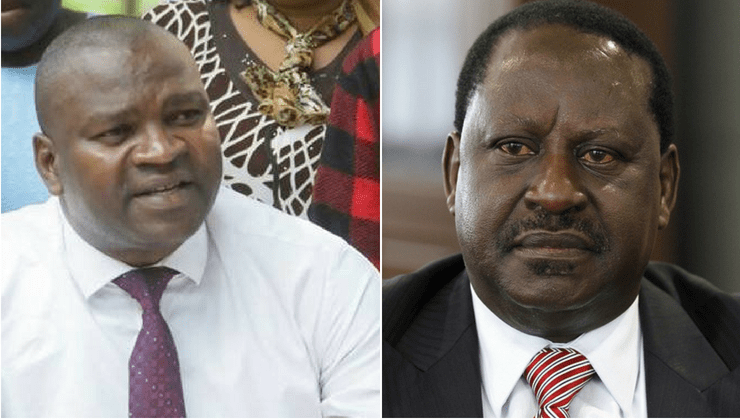 Speaking in Malava, Kakamega County, the CS embraced President Uhuru Kenyatta’s directive on lifestyle audit for all public officers saying it should also be extended to opposition leaders who have previously served in government.

According to Achesa, the Orange Democratic Movement (ODM) party leader owns a Ksh.1 billion home at Riat hills, Kisumu, which he reportedly built during his days as Prime Minister.

“As we speak today, Hon. Raila Odinga is my neighbour in Kisumu, he owns a house worth Ksh.1 billion on the hills. Let him also be ready to be accountable to Kenyans,” said the CS.

Also Read: I am ready for a lifestyle audit, Raila declares

“He built that house when he was Prime Minister. Let him be ready to tell Kenyans the source of those funds because we know his salary was Ksh.1.2 million and his mortgage was Ksh.40 million.”

Achesa further posed to the former premier, “So how does a Ksh. 40 million mortgage build a house worth Ksh.1 billion?”

The village boy, as he often refers to himself, further stated that he was also ready to undergo the lifestyle audit saying he was just “the son of poverty. He, however, noted that he is ready to declare “the source of my fifty bicycles” and was willing to step aside if found culpable.

Achesa’s comments come barely a week after the NASA Chief had declared that he was also fully ready for the lifestyle audit.

Speaking at an ODM Party retreat in Mombasa, Mr. Odinga on Monday, June 18 announced that he is ready for a lifestyle audit in line with efforts to fight graft in the country.