Light Academy from Mombasa County, which had 28 candidates, came second with a performance index of 69.15 per cent.

Alliance Girls’ High School, which registered 394 candidates, followed closely at position three with a performance index of 68.6 per cent.

The 2017 KCSE results were released at the Nairobi School on Wednesday, December 20 by Education Cabinet Secretary Dr Fred Matiang’i.

CS Matiang’i revealed that ten secondary schools’ results are being held as probe into exam irregularities allegedly committed by the management and students of those centres are ongoing. Mr Matiang’i said the ministry will make public its findings on the probe of the ten unnamed schools on January 18, 2018.

The Education CS revealed that President Uhuru Kenyatta has directed Attorney General Githu Muigai to expedite legal processes instituted against previous and 2017 exam cheats. He said 700 cases of exam irregularities were recorded in 2015 and 40 in 2016.

WHY SCHOOLS WERE RANKED IN 2017 KCSE

Last year on December 1, when releasing Kenya Certificate of Primary Education (KCPE) results, Mr Matiang’i said that the Ministry of Education was not in a position to rank schools or candidates then because “it did not manage to work in time on a proposal of ranking students or schools’ performances in this year’s (2016) national exam, thus the proposal was not presented before Parliament for approval”.

The education CS, however, noted that the ministry would present the model of ranking to Parliament for approval.

Below is the list of top 100 schools in this year’s KCSE: 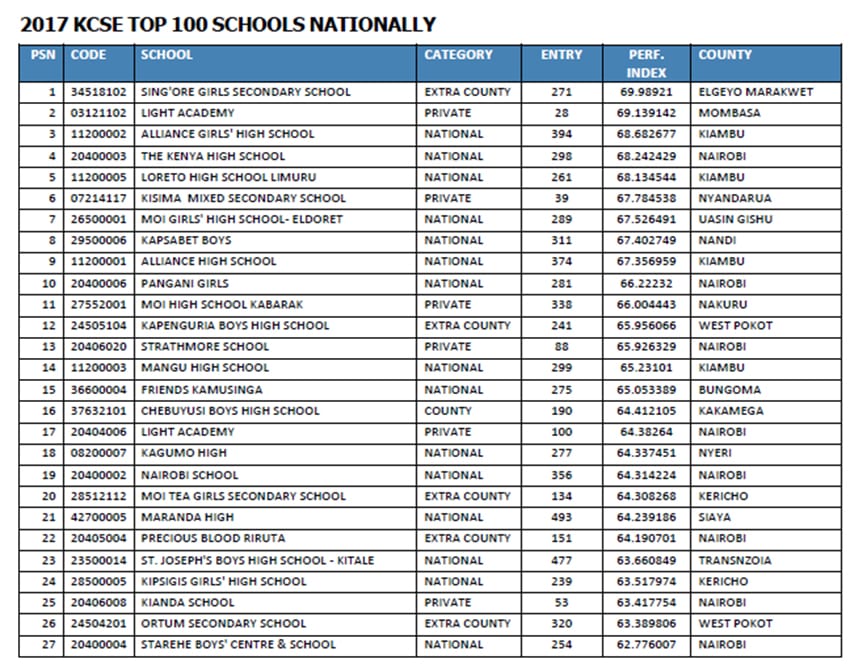 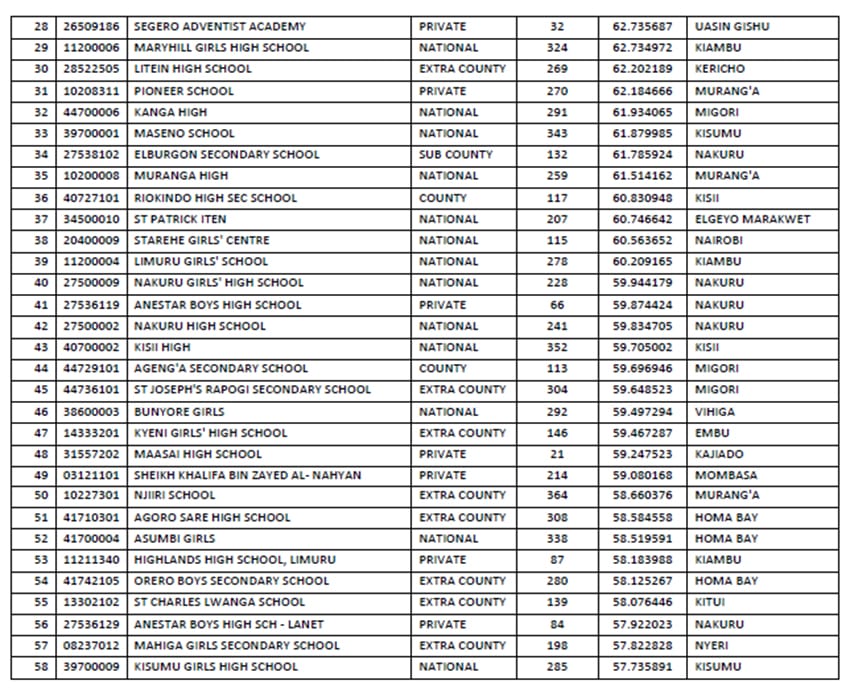 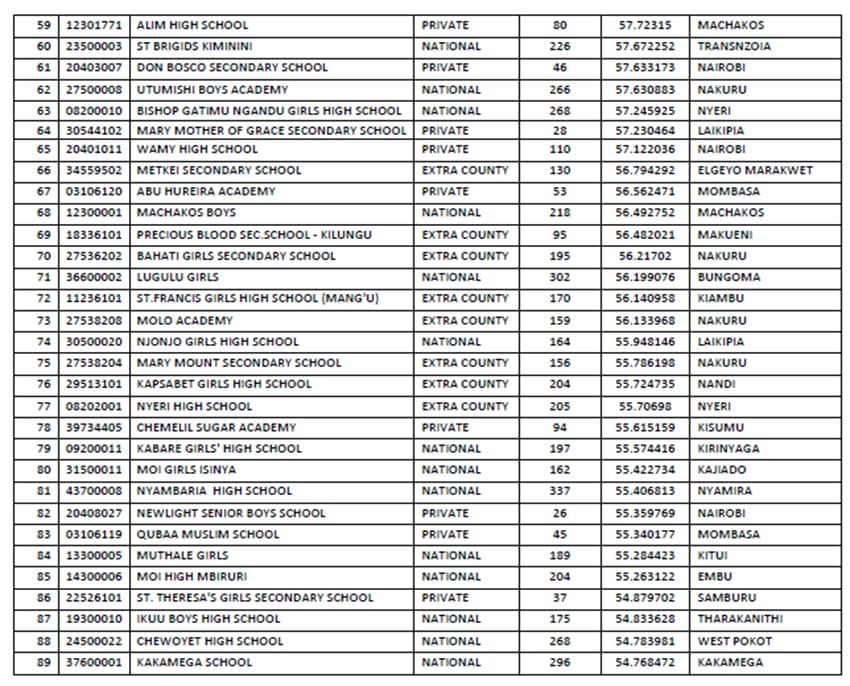