London pubs reopened and it was ‘absolute madness’ 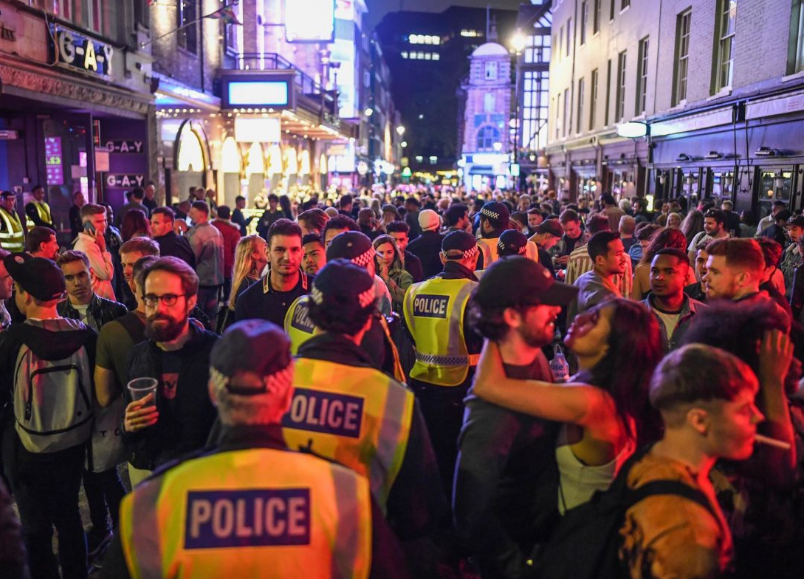 “A predictably busy night and confirmed what we knew, alcohol and social distancing is not a good combination,” tweeted John Apter, national chairman of the Police Federation, a staff association for police in England and Wales.

Apter, who was on duty in the southern England city of Southampton, said he and colleagues had dealt with “happy drunks, angry drunks, fights” and antisocial behavior. “What was crystal clear is that drunk people can’t/won’t socially distance,” he said.

In a post on Twitter, London’s Metropolitan Police urged people to “please be responsible, stay safe and follow social distancing and other guidance that has been put in place” as pubs reopened.

But images taken Saturday night in the central London district of Soho, known for its pubs and bars, showed crowded streets.

However, Inspector Craig Berry thanked “the majority of the public who have acted responsibly throughout Saturday.”

Devon and Cornwall Police, in southwest England, said they had received more than 1,000 calls on Saturday from members of the public, mostly related to “drink related disorder.”

And in Essex, southeast England, an officer tweeted to say police had made four arrests.

“From what I have seen, although there are some pictures to the contrary, very, very largely people have acted responsibly and this balanced message is so important. People should enjoy summer safely,” he said Sunday.

“You have seen from Leicester and other places we don’t shirk from bringing in drastic measures if that is what is needed to control the virus. But the overall plan has always been through the lifting of the lockdown to try to lift the national measures — but be absolutely crystal clear we will tackle local flare-ups when we see them.”

Restrictions were reimposed Tuesday in Leicester, a city in the East Midlands, after a spike in coronavirus cases. It was the first in the UK to be put under a localized lockdown.