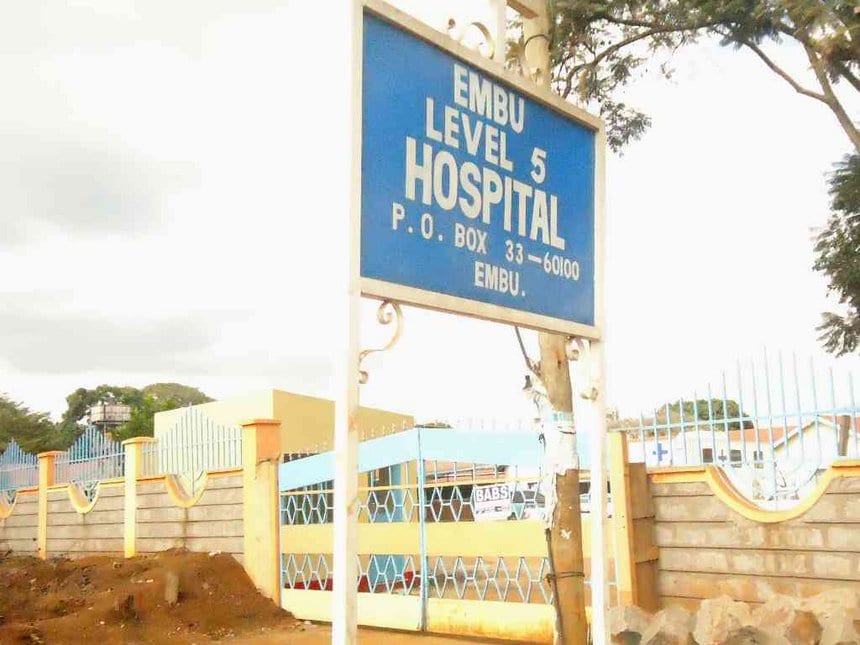 Crisis is looming at the Embu Level 5 Hospital following a shortage of nurses and doctors, the County Assembly Health team has revealed.

The committee members made an impromptu visit to the facility on Tuesday and discovered a shortfall in the number of nurses attending to a high number of patients.

“There is need to urgently address the few number of nurses and doctors at the institution as this has contributed to increased suffering by patients which is very unfortunate,” Chairman Muturi Mwombo said.

Embu Level 5 Hospital CEO admitted the need for additional nurses and said they have forwarded the concern to the relevant  County department to act accordingly.

He identified the Renal Unit, Outpatient section and Theatres as the most affected areas adding that the 300 nurses and 25 doctors currently cannot serve over 2000 patients per day.

The Health Committee chairman echoed the CEO’s sentiments adding that the hospital also needs to be expanded.

Steve Simba, a member of the committee, noted that Embu Level 5 Hospital not only serves residents from within the county but also those from Machakos, Kitui, Tharaka Nithi and Kirinyaga.

He challenged the hospital’s procurement department to ensure that basic essentials such as bandages and drugs are available.

Simba further urged the County Public Service Board to review salaries of nurses which according to him is the major contributing factor to the shortage.

“Most of them see their monthly salary as too low which pushes them to move to private hospitals,” he said.

Last year, 600 nurses from Embu County took to the streets to protest over poor pay. They said the government had agreed to pay them Ksh.12,000 each but reneged on the promise.

On Tuesday, Judy Mbuya, vice chair of the committee said they will table the report at the County Assembly.