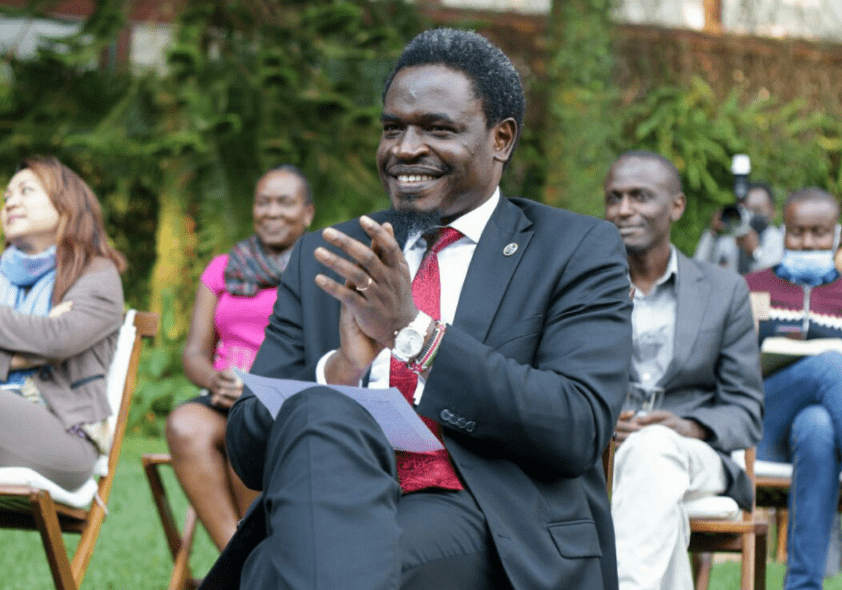 The orders, signed by Justice Jairus Ngairah, were directed to the Director of Criminal Investigations (DCI), Director of Public Prosecutions (DPP), and the Inspector General of Police.

The outspoken LSK boss was given 7 days to apply for file a substantive motion for the judicial review, and the respondents another 7 days to respond upon being served the motion.

Havi was on Tuesday nabbed at the LSK offices on Gitanga road and whisked away over the assault allegations.

He was later in the evening released from police custody on a Ksh.10, 000 cash bail after grilling, he claimed his arrest was meant to harass him.

Wambua alleged that Havi assaulted her during a meeting at the LSK offices on Monday.

The embattled CEO, in the company of her lawyer Steve Ogolla, recorded a statement at the Muthangari Police Station stating that Havi accosted her in the boardroom where she was to have a meeting.

He insisted that Wambua is a trespasser at LSK offices as a decision had been made during a special general meeting on June 26 to send her on compulsory leave with full pay.

Havi has accused the LSK CEO of shielding two of his former predecessors from liability over the alleged plunder of hundreds of millions of the society’s funds.