Lusaka under fire as Thursday meeting aborted, Senate on recess 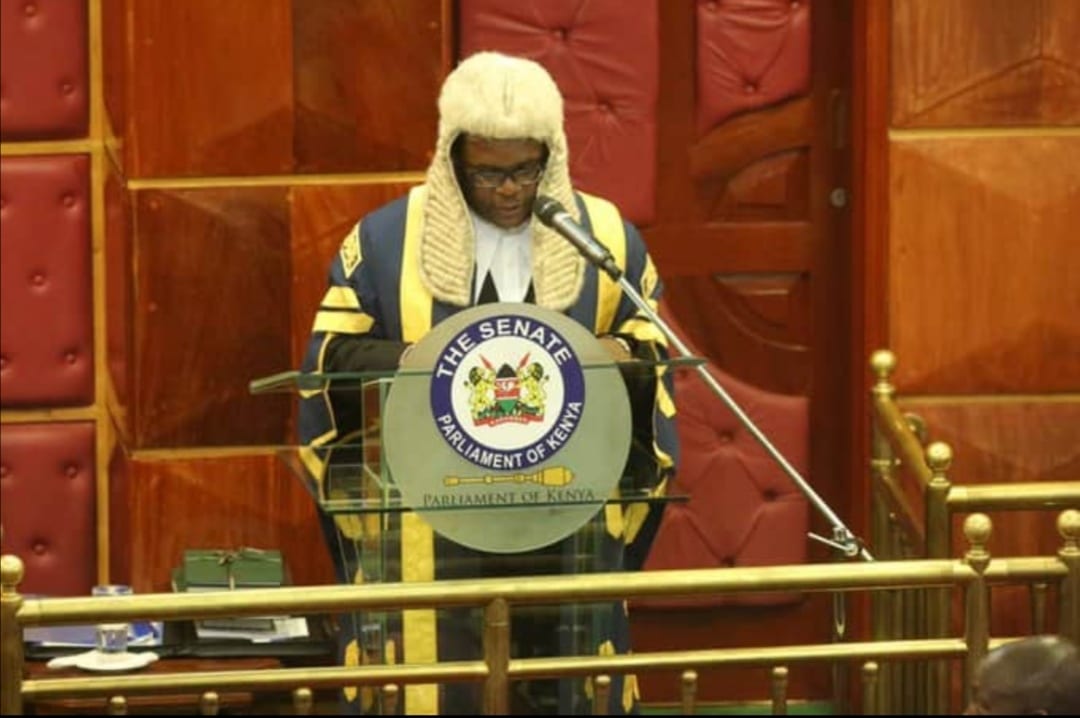 It’s now apparent that the Senate will not hold the planned Thursday meeting as anticipated to make a decision on the controversial revenue sharing formula among counties.

Some senators are now said to be turning the heat on speaker Ken Lusaka with threats of impeachment accusing him of bungling the efforts to break the stalemate.

The senate has proceeded on a one month recess and the Speaker has no powers under the standing orders to call for a special sitting unless the Majority or Minority leader asks for a sitting with the requisite number of Senators supporting such a move.

A section of Senators especially those allied to Team Kenya are threatening to start the process of impeaching the speaker with claims he is being used by outside forces to arrive at a particular predetermined position.

‘’He doesn’t know his job anymore and it’s actually a shame, because yesterday we could have finished all this, this thing of musical chairs is something which is shameful for this country, and I think its about time this people who are pushing the speaker cannot win, we have defeated them three times and Kenyans know” said Narok Senator Ledama Ole Kina.

Makueni Senator Mutula Kilonzo Jnr says there have been rumors of starting the process of impeaching the speaker but they are weary such deliberations will derail the strides made in trying to reach a consensus over the formula.

However Nandi Senator Samson Cherargei has defended the speaker saying he was only following the standing orders.

“Those lamenting about the speaker sit with him at the house business committee, why can’t they start the conversation there, Mutula sits in the committee so does Ole Kina,” posed Cherargei.

The confusion comes even as counties continue to suffer with the chairperson of council of Governors Wycliffe Oparanya calling for quick resolution of the matter.

Oparanya says if the Senators can’t agree, they should allow the old formula to be used at least to allow counties get money and pay their workers.

On Tuesday, the Senate failed for a record 8th time to agree on the best formula to share resources among counties.

Amid unruly scenes and senators exchanging superlatives, the speaker was forced to adjourn the sitting until Thursday when they will give it another try.

Vihiga Senator George Khaniri had foreseen the scenario and moved a motion that would allow senators to finish debate on the controversial formula before they adjourned, but that was trashed as curfew time approached.

“I order that we reconvene on Thursday to look at the two amendments and make a determination on the main nini” ruled speaker Lusaka.

Speaker Lusaka ruled to allow debate on other amendments with Nominated Senator Petronillah Were moving her amendment that seeks to retain the current formula until the Exchequer increases allocation t counties to at least Ksh.348billion.