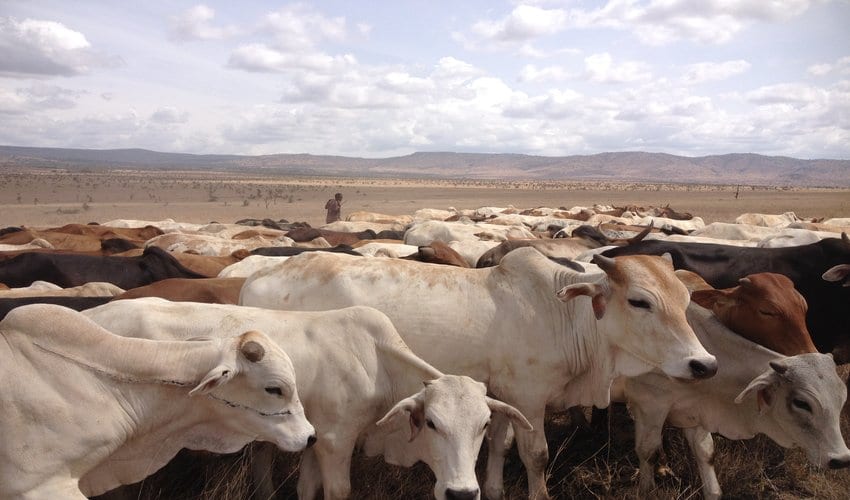 The Maasai Community living in Kitengela, Kajiado County and neighbouring the Nairobi National Park want the government to intervene and help them access and graze on the parcel of land co-owned by the Ministry of Livestock and the Kenya Meet Commission (KMC).

The community says that the land has enough fodder to feed their livestock for several days as the country grapples with the prolonged drought that has led to the loss of thousands of animals and is now threatening human life.

According to the community, the 2,912-acre parcel of land is part of their ancestral land and they should not be restricted from accessing it.

They say that failure by the government to intervene may lead to the loss of the land to powerful persons in the government and other private developers.

Addressing the press after a meeting to discuss the issue, the National Land Commission (NLC) chairman, Mohammed Swazuri, said that the Kenya Meat Commission has allowed the community to graze on the expansive pierce of land.

James ole Ntulele, one of the Maasai herders, said NLC should move with speed and ensure the land is released to the community.

“The land was used by the Ministry to breed livestock species and fertilization and it was given to us. Now schools and churches have been built. Over 360 families have settled in the land yet it borders Kitengela River which is the only source of water for our animals in this area,” lamented Ole Ntulele.