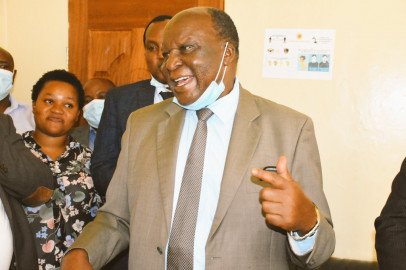 According to the university council chairman Ole Kerei, Chacha assumed office on Thursday to take over from the previous acting VC Prof Kitche Magak.

Speaking during his induction, Chacha pledged to work with the staff and address pertinent challenges facing the institution.

“I was the pioneer of this university and it feels great to be back here. I promise to create a leadership system that will ensure teamwork with all the staff, both academic and non-teaching staff,” said Chacha.

“We need to redeem the image of this great university,” he added.

Since Citizen TV's exposé dubbed the Mara Heist in September 2019, that brought to light a grand corruption scandal that had led to the loss of over Ksh.177 million belonging to the institution, the university has been in the limelight.

Before his new job, Prof. Chacha was formerly the Deputy Vice-Chancellor, Partnership, Research and Innovations at Maseno University.