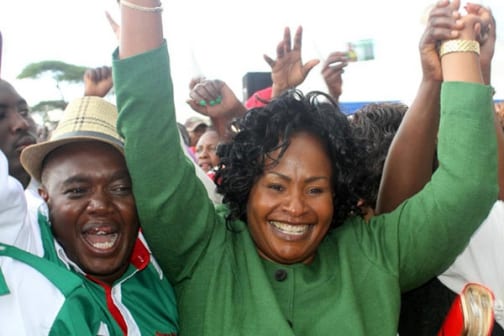 In his ruling, High Court Judge Aggrey Muchelule observed that the election was conducted in accordance with the law.

“I have considered all the evidence that was placed before me and the submissions by counsel. I have come to the conclusion that this petition lacks merit. I find that the Machakos Gubernatorial election was conducted in a free, fair and credible manner,” ruled Justice Muchelule.

“This court determines that Alfred Mutua Ng’anga was on the general election held on August 8, 2017 validly elected as the governor of Machakos County,” added the judge.

Justice Muchelule also ordered the petitioners to pay the respondents Ksh. 10 million as costs for the case.

This comes after, the petitioner, Wavinya Ndeti, moved to court on September 5 challenging Mutua’s win in the August 8 election.

The former Kathiani MP claimed that the election was marred with election irregularities and illegalities including voter bribery and issuance of more than one ballot paper to voters.

Speaking after filing the petition Wavinya said: “The journey towards fair justice for all continues today at the Machakos High Court. We have faith in our judicial system that the people of Machakos shall get the leadership they deserve,”

Mutua was declared winner of the gubernatorial race after garnering 238,405 votes against Wavinya’s 199,257.