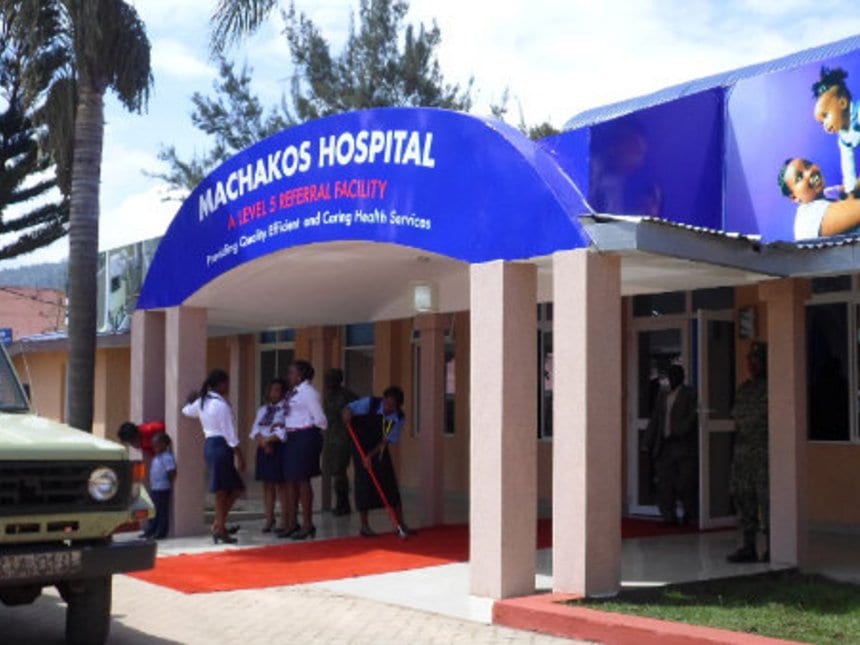 Machakos Level 5 Hospital is on the spot following the death of a woman during a botched operation.

It is alleged that the operating doctors left a bunch of gauze fabric in the woman’s abdomen following an appendicectomy surgery.

A statement from Dr. N. Wachira, the medical superintendent of the hospital however denied the claims.

“..as per the theatre notes, no surgical gauze was left in her abdomen during any of the surgical operations. Gauze count by theatre nurse was fine,” he said.

The 32-year-old woman was first admitted at Machakos Level 5 hospital on March 2, 2019.

She was diagnosed with appendicitis – an inflammation of the appendix- according to the hospital records.

An operation was performed on March 3, the next day, to remove the appendix and discharged five days later on March 8.

After some days, she reportedly developed pain and some discharge started coming out plus foul smell.

She went back to hospital on March 11 and was readmitted.

That is where after an ultrasound noted some things were left inside her abdomen according to the earlier reports by the hospital. They advised that another operation be conducted to remove the gauge.

Dr. Wachira however denied the claims saying: “We wish to state that Machakos public hospitals respect and uphold the sanctity of life and would never be involved in any process to undermine the same. “

According to Dr. Wachira, during the second operation performed on March 15, it was when they discovered that she had developed  enterocutaneous fistula which was managed accordingly.

She was again taken into theatre again on May 13 after her conditioned worsened.

According to Dr. Wachira, an operation was performed for gut resection and anastomosis operation which was done successfully.

Unfortunately her condition worsened and she died on May 18, 2019.

The Machakos hospital has however said that a mortality audit will be conducted.