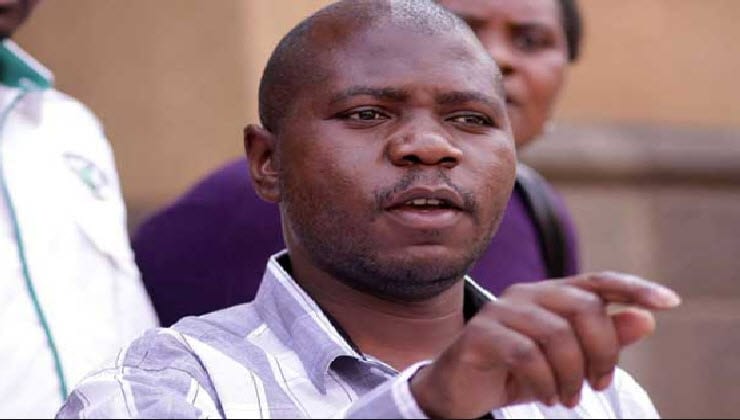 Khaemba tendered in his resignation on Friday hours after Chief Justice David Maraga suspended him without pay  for gross misconduct over controversial anticipatory bail orders to Kiambu Governor Ferdinand Waititu.

The Principal Magistrate said the real reason behind his resignation was as a result of the nil salary and no set timeline for his return.

“Having reflected on the consequences of the suspension letter, especially on the aspect of nil salary and the fact that this process has no definite timelines, I have separately tendered my resignation letter to enable me engage in other income generating activities,” he said.

CJ Maraga, issued the suspension of Khaemba following recommendations by the Judiciary Ombudsman and he was to be out until his disciplinary case is heard and determined.

Khaemba’s suspension also meant that his transfer to Thika Law Courts was cancelled. He was also ordered to report to the Chief Magistrate Kiambu Law Courts every last Friday of each month according to the letter from the Chief Justice.

On his part, the Principal Magistrate said he followed due process and precedence when he issued anticipatory bail orders to Kiambu Governor Ferdinand Waititu in a bid to secure his release while he (Khaemba) was away from office.

“As I stated in my letter dated 6th June, 2019, I handled Misc. CR. No. 222 of 2019 on the request of Hon. Stellah Atambo, Senior Principal Magistrate, who was the Magistrate handling all such applications. This fact has not been denied by the said Hon. Atambo,” he defended himself in a letter addressed to CJ Maraga.

“On the charge of lack of jurisdiction, I followed the decision of the High Court in Miscellaneous Criminal Application No. 136 of 2016, Susan Mbinya Musyoka V Inspector General of Police & Another [2016] eKLR, which decision is binding to the subordinate courts and which I duly cited in my ruling.”

Governor Waititu who had been arrested after EACC detectives raided his two homes in Kiambu obtained the orders and released.

Khaemba told the Supreme Court President that his resignation; “Will also give the Council of the East African Magistrates’ and Judges’ Association (EAMJA) a chance to designate another Council Member take charge of the Secretariat of the Association since I have been serving as the Secretary General.”