Man, 87, invades Mbeere school classroom claiming it is his home 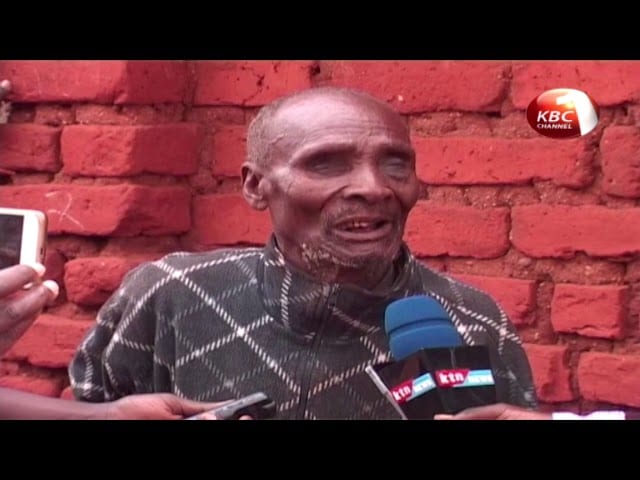 An 87-year-old man and his family have invaded two classrooms at Irari Primary School in Mbeere South.

According to Mr. Joseph Wanguni, his family and that of Mr. Daniel Mbugua were allocated 10 acres of land each by the Embu County Council in 1979.

“The school should be moved because this is our home,” he said.

226 pupils may not open school for third term after the Board indicated that they may have to push the date forward until a solution for the two families is found.

On Friday, Mr. Wanguni told journalists that they lived on the said land until 1997 when their area chief and village elders persuaded them to vacate.

He claimed that they were promised an equal share of land at the Mwea Settlement Scheme so they agreed to move and shortly after, construction of the Mbeere school began.

However, the two families were allegedly duped during the allotment process which saw other people undertake farming right to the doorstep of their new home.

Mr. Wanguni, who is visually impaired, also claimed that the Embu County Government undertook subdivision of the controversial 54,000-acre land leaving squatters like him empty handed.

In April, chaos erupted over the ownership of the settlement scheme and it is at this point that the two families decided to move back to their original home at the Mbeere school.

Daniel Mbugua reiterated the sentiments of the old man saying that his father and Mr. Wanguni donated the land to the community in good faith.

“We do not have a choice other than to move back to the place we call home until the government either gives us land or compensation,” Mr. Mbugua said.

On his part, 87 year old Nyaga said that they are open to talks with the education officials in the area to find a solution before the school opens next week.

The school Board has since confirmed that the land does belong to the two families.

Chairman Elkana Nyaga said that they will have to delay the opening of the Mbeere school until a solution is found.

“The school cannot run effectively with the two families occupying the two classrooms,” he said as he faulted the government for not implementing its side of the bargain.

According to him, the issuance of title deeds for the controversial land should be canceled and started afresh so that squatters like Mr Wanguni are not misled.