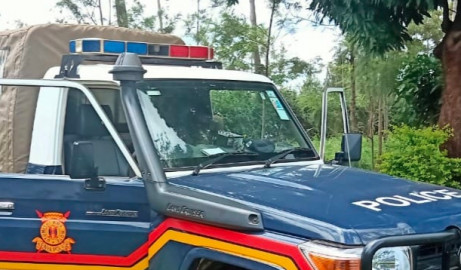 Police in Uasin Gishu County have launched a manhunt for a man who allegedly strangled to death his one-year-old son.

The suspect had reportedly been left with the minor at their home in Soy sub-county as his wife went to fetch water from a neighboring well.

On returning, to her dismay, she found their son lying lifeless on the ground with her husband nowhere to be seen.

Confirming the incident, Uasin Gishu County Police Commander Ayub Gitonga said that it is not yet clear why the man descended on his son and took his life.

He however noted that the police are probing the matter.