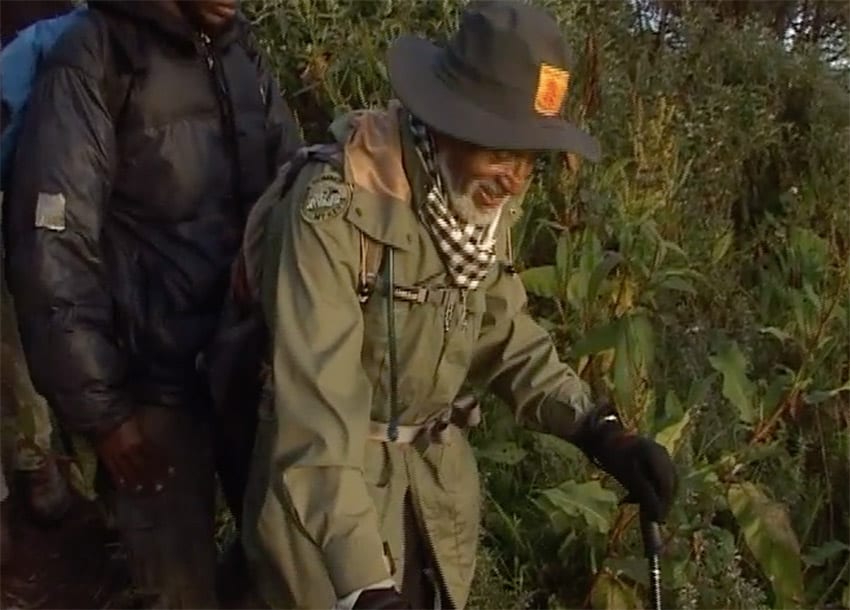 While most of us choose to party, go for getaways and meet up with friends to celebrate birthdays, one man, Naizgy Gebrenebhin, opted to celebrate 81 years of life by climbing Mount Kenya.

Yet despite his age, Naizgy managed to reach Point Lenana, the third-highest summit of Mount Kenya.

Mr Gebrenebhin, an American citizen who is currently touring the country, has for a long time been preparing for this mission which many half his age would find a tall order.

When the morning of ‘celebrating his birthday in style’ dawned, he set off; carrying a heavy backpack and was flanked by two guides.

His expedition lasted two days after which he climbed down the mount – very tired from the adventure.

Naizgy, who last climbed a mountain in 1990, said the excursion was nostalgic as it reminded him of his good friend, Kenneth Matiba, who talked him into it.

The octogenarian is one of the two oldest men to have reached Point Lenana.

Another 81-year-old man did so before him.