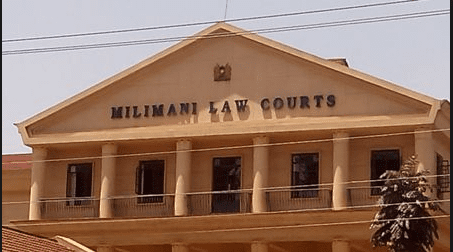 A man has filed an application seeking to withdraw from a case in which blogger Dennis Itumbi is accused of authoring a letter alleging of a plot to assassinate Deputy President William Ruto.

Samwel Gateri Wanjiru, who claims to be an interested party in the case, has cited threats to his life including an attempted kidnapping as grounds for withdrawal.

It had earlier been suggested that Gateri was a prosecution witness in the case, however, the Directorate of Criminal Investigations (DCI) has refuted the reports terming him a suspect in the matter.

“We wish to clarify that contrary to insinuation by one Samwel Gateri that he’s a state witness in respect to criminal case against one Denis Itumbi is false and misleading. The true facts are that he is a suspect under investigations. At no time was he envisaged to be a state witness.,” said the DCI.

In an application filed at the Milimani Law Courts, Gateri claims he was arrested on July 2, 2019 and the officers forcibly seized his cellphones, national identification card and driving licence.

He further alleges that he was forced to sign a witness statement whose contents he does not know.

Gateri further submitted that if the court does not intervene urgently, the prosecution might use the said statement in the case against Itumbi.

He further claims that the officers threatened to execute him if he failed to confirm that he had a telephone conversation with the deputy president and that Itumbi was his link to the DP.

Gateri also says that he was kept in police custody for more than 24 hours but was later released.

He further wants his confiscated items be surrendered back to him unconditionally, arguing that he is unable to carry out any transactions without his national ID.

“I’m currently under intense pressure since the officers threatened me and I have even faced an attempted kidnapping therefore my life is in danger,” he told the court.

The matter arose during the pre-trial conference on Monday, however, the prosecution requested for more time to go through the application by the witness.