Man kicked out of police force for alcoholism reforms 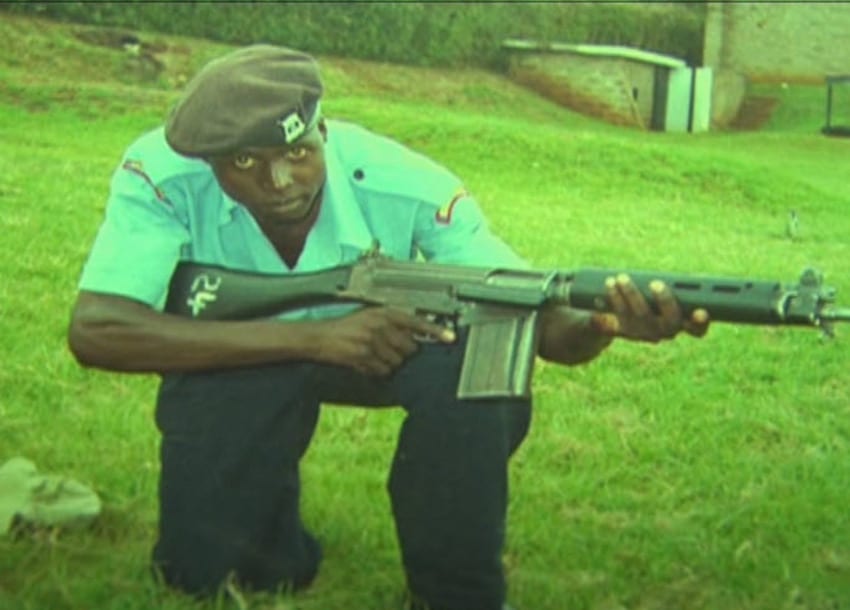 Hillary Rono, a former police sergeant from Kokwet village in Uasin Gishu County, was dismissed from the service in 2008 for being an alcoholic.

After his dismissal from the police service, Hillary Rono resorted to water-vending to make ends meet.

He became very popular in the village as local brewers would depend on him to supply the limited resource in exchange of Ksh5 for every jerrycan of water he supplied. The proceeds he fetched from the brewers would then go back to them, as he would buy alcohol with it.

Three months ago, Rono was taken to a Nyeri based rehabilitation center by well-wishers who were concerned for his welfare. He was checked in to Serenity Springs Rehabilitation Center in Nyeri.

Lawrence Githinji, the CEO of the rehab facility, says that Rono was a cooperative patient.

“Hilary came as a willing client. To recover, patients need to be willing to listen. Rono did and he has done so well.” Lawrence said.

The former policeman is thankful for the care, support and counseling he received while at Serenity Springs.

“I am very grateful to my counselors. I have successfully completed the three months of my rehabilitation program,” said Rono.

The father of two received a warm welcome from his children when he arrived home after a 90 day absence. His wife, who fled from their family home earlier, is in the process of reuniting with him.

Neighbours and community members also broke into song and when they learnt of Rono’s homecoming as he is now an example to other recovering alcoholics.

“It feels very good when I know another person is in recovery. When we came to pick him up, the family was very low, they were talking in hushed tones. Today I am happy they are crying tears of joy not tears of sorrow. I am so happy!” said Ann Mathu, a recovering alcoholic.

His sobriety has brought on a side of Rono that his children had missed, the loving father they knew before addiction took over.

Alcohol brought out a dark side of Rono, on that his family is more than glad to forget.

“You couldn’t talk to Hillary when he was drunk. He could threaten to beat you. When he engaged the bottle, he could turn into a thief. Today he is very clean and responsible,” said his brother, Thomas Rono.

In addition to the irritability, excessive indulgence in alcohol turned Hillary into a persistent beggar.

“Whenever I came home, Hillary would nag me to give him Ksh5 so that he could buy cigarettes. Now he is reformed.” Said Hillary’s aunt, Esther Kimutai.

Hillary’s father, Francis Rono is very delighted by his son’s recovery: “Today there’s joy in my heart. I used to visit him at the rehabilitation facility and pray to God he successfully completes the program. I am speechless that day has finally come!”

Having dealt with his addiction, Hillary now stands a chance of getting his job back.

Sergeant Moses Kimenju, an addiction counselor says: “it is possible for Hillary to go back to the forces as an ambassador.”

Hillary hopes he would be readmitted back to the forces, as the steady income would enable him take care of his children.

Ann Mathu, who is also a recovering alcoholic, says alcohol addiction is a disease which does not only affect the victim, but the entire family.

Man kicked out of police force for alcoholism reforms