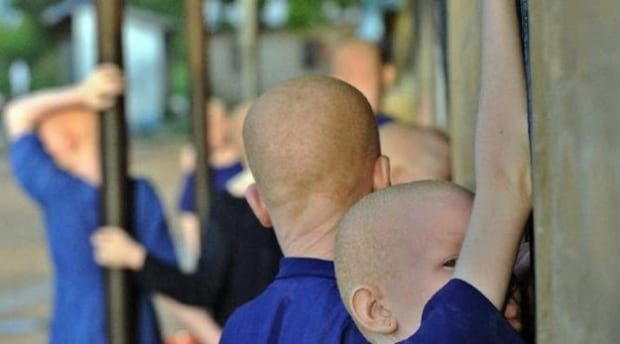 A 56-year-old man living with albinism who was attacked early this month on his way home has succumbed to his injuries.

Enock Jamenya was on his way back home in Gavudunye Village, Hamisi Sub County in Vihiga County when unknown assailants attacked him, ostensibly to acquire his body parts for use in witchcraft rituals.

Enock reportedly struggled with the men before managing to escape, although with various injuries, but later died on Sunday.

Nixon Lugadiru, brother to the deceased, said that his brother had been complaining of severe headaches since the attack.

Members of the National Council for Persons with Disabilities (NCPD) are up in arms following the demise of Mzee Jamenya with chairman, Dr David Ole Sankok, saying people living with albinism are still under threat despite the government’s effort to protect them.

“The government should be more aggressive in ensuring our security, since each year Tanzania has elections we live in fear and we should be protected,” he added.

He added that they have started a toll free line with Safaricom that would be given to all persons with albinism to help them seek help whenever they are in distress.

Martin Wanyonyi, a member of the council and a nominated MCA in Bungoma, called upon the National Assembly and the Senate to come up with proper legislation that would see punitive measures taken against those found culpable of attacking people living with albinism, adding that its only through legislation that the attacks will come to an end.