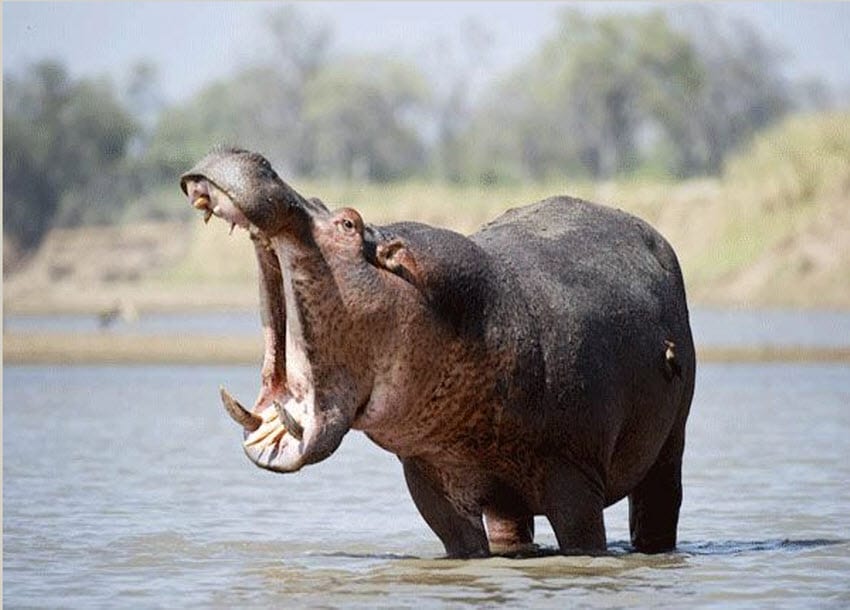 A 24 year – old man is nursing injuries at Busia Referral Hospital after being attacked by a hippopotamus at Busijo beach in Lake Victoria.

James Lumala, who was accompanied by two colleagues on a fishing expedition, said that the hippo attacked their boat forcing them to jump into the lake injuring his head, chest, hand and back.

He, however, stated that his two fishing colleagues managed to swim to the shore unscathed during the morning incident.

Area ward representative Wilberforce Sunday urged Kenya Wildlife Services to come to their aid to contain the hippos that have caused destruction and deaths in the area.

A week ago, a woman was admitted at the Nyahururu District Hospital where she nursed serious injuries sustained when an elephant trampled on her in Rumuruti area of Laikipia County.

She was fetching water at Ewaso River when two elephants emerged from the thicket and trampled on her.