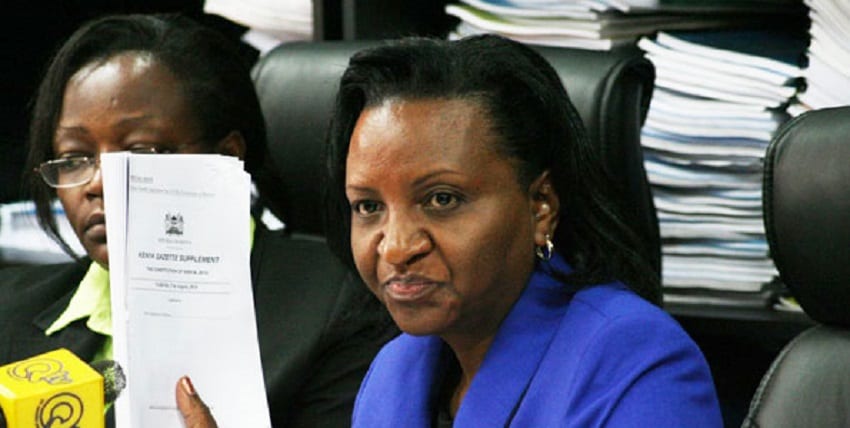 A man has petitioned Judicial Service Commission (JSC) seeking  the removal of the Chief Registrar of the Judiciary who doubles up as the Secretary to JSC, Anne Amadi.

Joseph Njuguna claims that Amadi has acted dishonorably and impartially in a matter in which she has an interest as the Secretary to the Judicial Service Commission.

He further argues that Amadi has failed to carry out her duties with honesty contrary to Section 10 (a) of the JSC Act.

In the letter, the petitioner claims that Amadi made a false allegation on oath against a Judge of the Supreme Court, action that amounts to an act of gross misconduct and dishonesty.

He further argues that on the 15th of June this year, Amadi allegedly wrote to the Government Printer and enclosed copies of Gazette Notices signed by former Chief Justice directing the government printer to publish notices for the position of Deputy Chief Justice.  Njoroge wants to know whether it was proper for Amadi to represent the person and the office of Chief Justice.

“The Chief Registrar of the Judiciary has consistently acted with scant regard to the rule of law bringing disrepute not just to herself but also to the Judiciary,” Njoroge claims.

Among the orders he has listed against Amadi includes misbehavior and incompetence.

Anne Atieno Amadi was appointed as the Chief Registrar of the Judiciary in 2014.

Amadi replaced Gladys Boss Shollei who was the Chief Registrar of the Judiciary until October 2013.