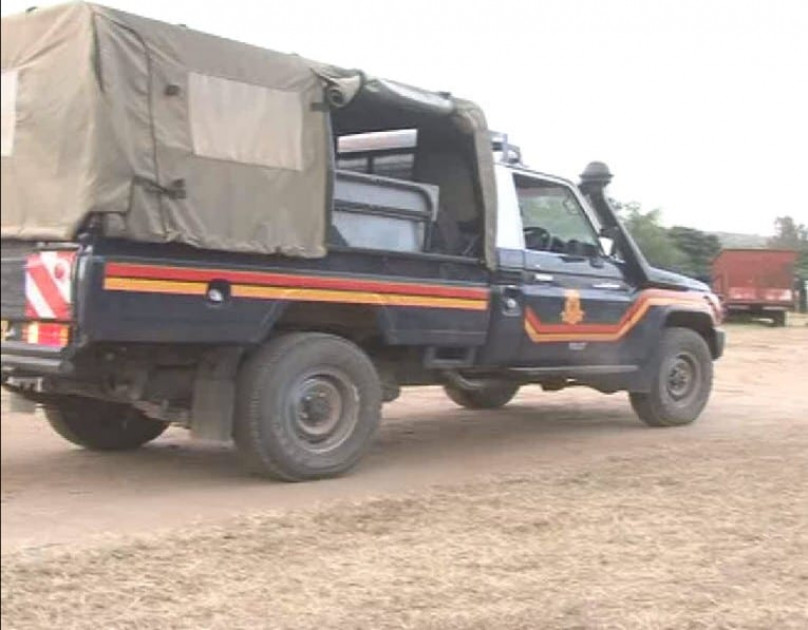 File image of a police vehicle

There was trouble at Ukwala Law Courts in Siaya County after two robbery with violence suspects escaped from the court cells under unclear circumstances.

The suspects, Joseph Otieno Okemo and Francis Omondi Owino who are 20 and 22 years old respectively had been serving their remand at the Siaya GK Prison.

According to a police report seen by Radio Ramogi, the two suspects who had been brought to the court for mention escaped from lawful police custody through an unlocked court cell door which was being guarded by three officers.

The report which was made by Corporal Kennedy Nyambeche who is the one in charge of the orderlies at the court indicated that during the escape, constable Peter Kariuki shot in the air to scare them in vain.

Ugenya Sub-County criminal investigations officer and the area OCS visited the scene and confirmed the escape of the two prison remandees who according to the report, were injured during the mission.

A team has already been dispatched to search for the remandees as investigations begin into the matter.