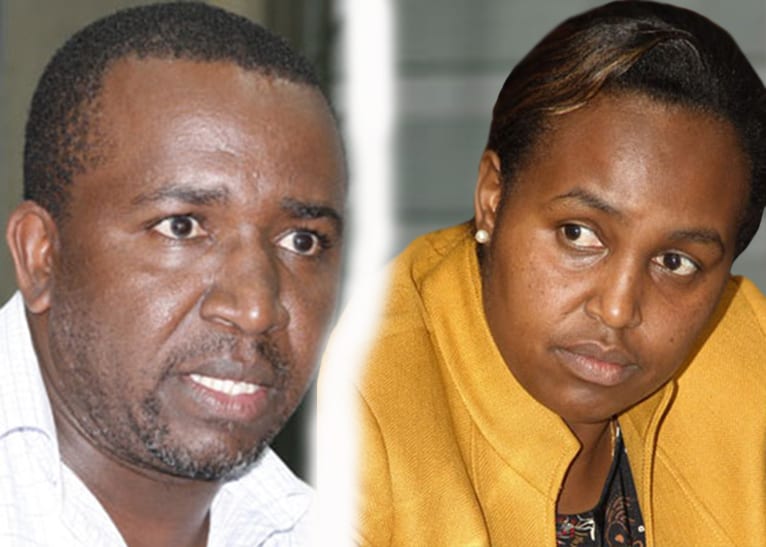 The legal battle between Meru Senator Mithika Linturi and his estranged wife Marianne Jebet Kitany seems to be far from over.

This follows a new application filed by Kitany seeking to have the Director of Criminal Investigations (DCI) commence investigations into alleged illegal practices of bigamy.

“The defendant (Linturi), if indeed did not have any capacity to marry, committed the criminal act of bigamy, an offence under Section 171 of the Penal Code of Kenya. If indeed (he) did not carry out any divorce proceedings with his first wife Mercy Kaimenyi, (he) did commit the Criminal act of forgery of Court documents and instruments,” says Kitany.

Kitany, who says she met Linturi in 2013 while working at the Deputy President’s office, says that the lawmaker contracted multiple marriages with her and a third party referred as Mercy Kaimenyi.

“I was at the time being the Deputy President’s Chief of Staff and having connection to the Deputy President, the Defendant rode on the wave of being my spouse to rise politically and position himself as a senator in 2017 from his then position as MP in 2013 where he had been for two terms,” claims Kitany.

She further claims that from around February 2014, they grew closer and started dating during which period Linturi would bring her flowers and visit her frequently at which time he claimed he was single and unmarried.

“That the Honorable Court does order the Registrar of Marriages to investigate and or confirm and or produce the records and or pleadings of the Defendant’s purported divorce, if any, to Mercy Kaimenyi in Divorce Cause No 128 of 2005 In Nairobi,” says Kitany.

She claims that Linturi produced fake court documents and pleadings to the Director of Criminal Investigations and misled the police with falsehoods about his marital status.

It is her argument that on or about February 2016, after valentines that year, Linturi proposed to her and she accepted his offer to be married to him that same year.

Kitany further submits that Linturi showed commitment to formalizing the marriage when together with his entourage went to her parents’ home in April 2016 to actualize the marriage.

“He confirmed to the elders that he was divorced and available and had all the intentions of marrying me so that we could start a family,” reads court papers

Through her lawyer Danstan Omar, Kitany now says that during their union, they went through all the normal and above normal problems of most marriages mostly caused by Linturi claiming that he was unable to rise to the occasion in the bedroom on several occasions, claiming exhaustion, sickness.

“The Defendant had incidences of extra marital affairs which were as a result of him being a politician he was prone to those relationships and therefore we fought severally over his habits which included getting phone calls and messages from different women, and also change in habits at home,” claims Kitany.

She now wants the DCI to be enjoined in the suit to find a resolution to the dispute claiming that she has collected sufficient evidence to prove that the alleged acts of forgery and fraud were all done by the law maker and with heavy prejudice upon her interests.

“The allegations of fraud, forgery and perjury are serious criminal offences and it behooves the Honorable Court to arrest illegalities and protect the status quo, especially considering the said actions are being undertaken by a person in public office,” reads court papers.