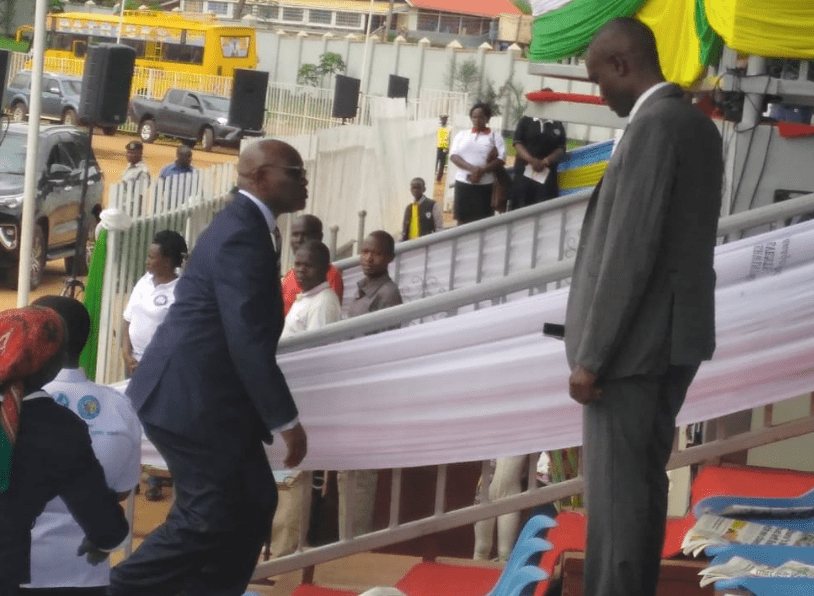 The Head of State arrived at the venue at around 11:30am where he inspected a guard of honor before being accorded the 21-gun salute.

The Kenya Air Force staged a display on air to showcase their readiness and prowess to protect the Kenyan borders before a combined choir of students from various girls’ schools in the Coast entertained the fundtion attendees.

In order of appearance;

Deputy President Dr. William Ruto arriving at the Mama Ngina Waterfront in the company of Mrs. Rachel Ruto for the #MashujaaDay2019 celebrations. pic.twitter.com/Kaj0cTsrXf

President Uhuru Kenyatta’s convoy making its way into the Mama Ngina Waterfront in Mombasa ahead of the #MashujaaDay2019 celebrations. pic.twitter.com/P1iJFAkh2j

President Uhuru Kenyatta inspecting the guard of honour during the #MashujaaDay2019. pic.twitter.com/isQbDX8Rhp

Mashujaa Day Celebrations were also held in various counties across the country among them Kisii, Nyamira, Kisumu and Migori.