Matiang’i: This is what happens after Huduma Namba registration expires on Saturday 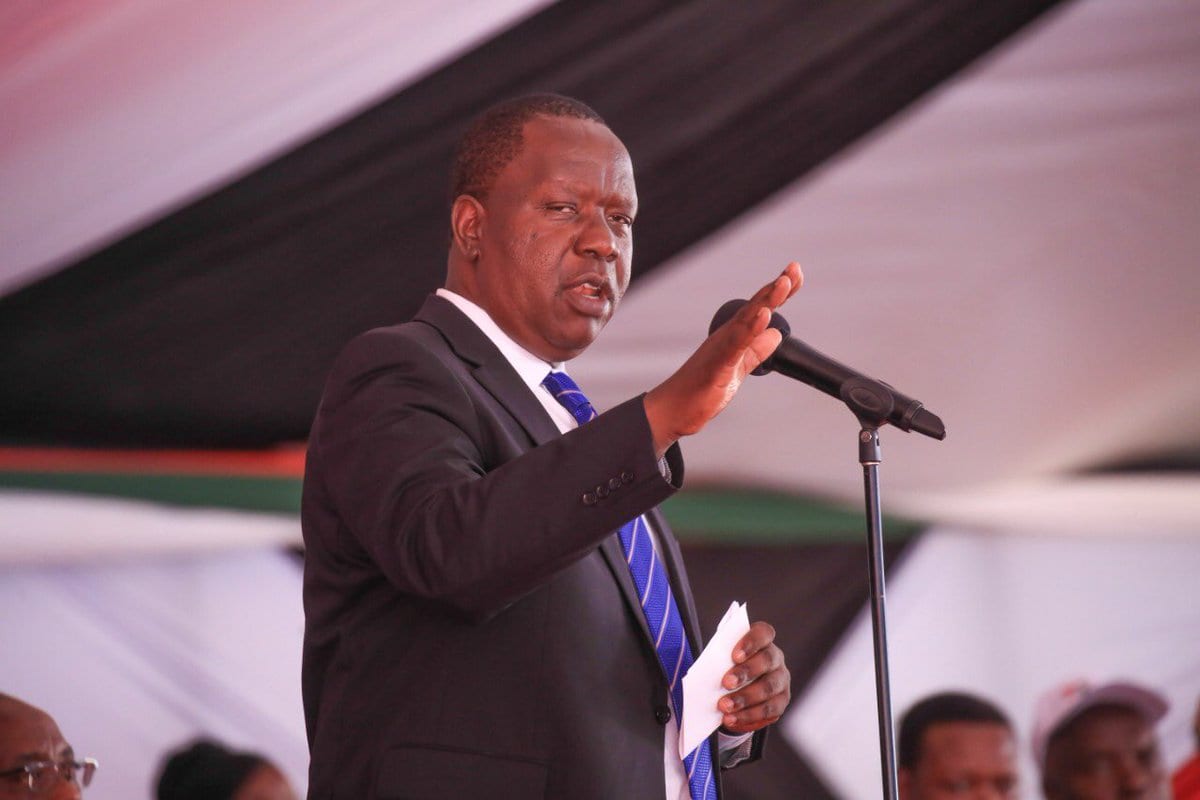 Interior Cabinet Secretary Dr. Fred Matiang’i says the government will not extend the deadline for the Huduma Namba mass registration exercise which concludes on Saturday, May 18.

In a press briefing on the progress of the registration exercise, Dr. Matiang’i on Monday said 31 million Kenyans have so far registered on the National Integrated Identity Management System (NIIMS) to obtain the Huduma Namba.

“This exercise has been going on for the last five weeks, during which time we have registered 31 million Kenyans. That is a very impressive number which represents about 65% of our projected population in the country in terms of registration.”

The Interior CS said after the mass registration exercise concludes, the registration kits will be handed to the assistant chiefs where anyone who will not have registered can do so.

“If for some reason someone misses out they may go to the assistant chief. But I’m afraid whether he or she (assistant chief) will be having enough time to deal with you,” said Matiang’i.

The Interior CS further announced that during this final week for the mass registration exercise, the operating hours will be extended to run from 6am to 6pm.

Dr. Matiang’i, who was flanked by Cabinet Secretaries Joe Mucheru, Sicily Kariuki, Mwangi Kiunjuri and George Magoha, reiterated that the exercise is voluntary, but warned that those who will not obtain the Huduma Namba will have a hard time securing government services.

“We don’t want to force you to register, just like we cannot force you to take a KRA pin number… We have come to a regime where we want a Huduma Namba so that when you go to the Huduma Centre, your details can be accessed very easily.

“Getting services any other way is going to be unnecessarily cumbersome for you but if that’s what you prefer it is also a choice for you to make,” said Matiang’i.

He added: “But we are advising people in a very diplomatic way, get a Huduma Namba because it costs you nothing and its been done by your government using your tax resources. Why would you want to argue about a straight forward matter.”