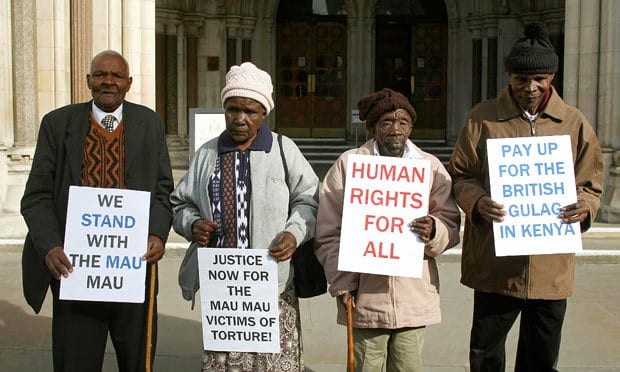 Members of the Mau Mau Veterans Association have called for unity among various Mau Mau groups in the country in spearheading their push for compensation from the colonial government.

Speaking to the press in Nyahururu town on Monday, the association’s chairman Elijah Kinyua encouraged unity among the various factions in order to push for a better compensation deal over atrocities committed by the colonial government.

“It is unfortunate to see some individuals going their own way so that they can benefit from the compensation kitty yet the list of beneficiaries is yet to be compiled,” he said.

Kinyua warned that the wrangles among them would cause a delay in the release of the funds.

“This is not the right time for disintegration, we should unite. I am also calling on the British Government to hasten the process since a majority of beneficiaries need the money,” he stated.

His sentiments come after two groups claiming to be members of the original Mau Mau war Veterans Association emerged pushing for compensation.

Earlier this year Mau Mau veterans called on the British Government to release the Sh618 trillion that it had pledged as compensation for injustices committed during the colonial era.

Led by their National Chairman Field Marshall Ngacha Karani, the veterans said that the money was to be shared among the country’s 47 counties to in order to compensate Kenyans for the suffering under British rule, but they are yet to receive the funds.