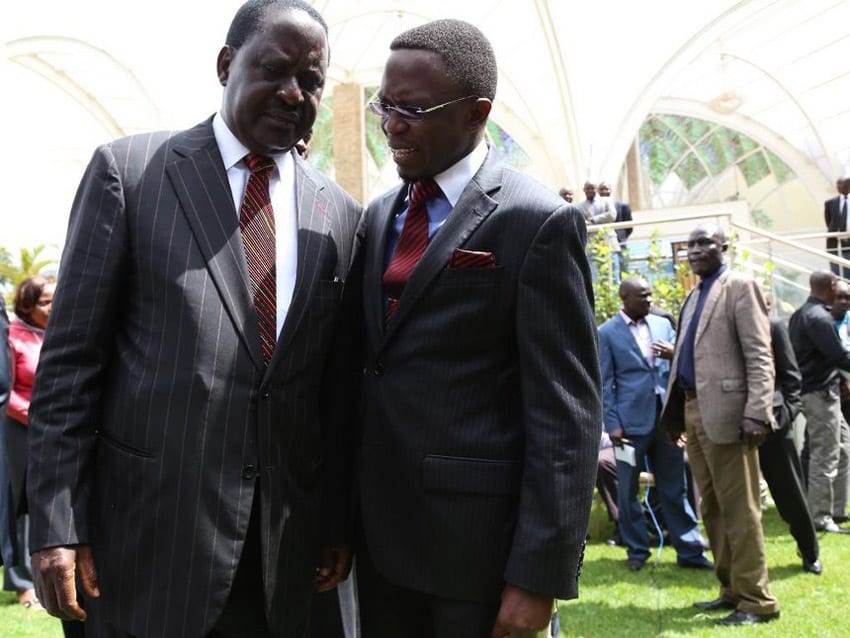 Speaking at Obaga Primary School in his Rarieda Constituency on Sunday, September 25, Gumbo said that Ababu’s new political party, Labour Party of Kenya, was decrepit saying it has no support from any part of the country.

Ababu, who resigned as ODM Secretary General, had moved to form Third Force Alliance in a bid to unite the Western region ahead of the 2017 elections. He had earlier distanced himself from reports that he was seeking to take over the Labour Party of Kenya.

“Everyone has a right to pursue a wish and what Ababu is doing is pursuing his wish. He wanted to create a Third Force and he has ended up unveiling a very tired party that only has 1,000 members,” said Gumbo.

“If that is what he intends to pursue, then God help him.”

The legislator was endorsed as LPK party leader in a national delegates meeting held on Thursday, September 22 in Nairobi’s Karen area.

Gumbo further welcomed the reinstatement of Paul Otuoma as the party Vice Chairperson saying the move is a relief for the party.

“Otuoma is a strong member of the party and his reinstatement will help strengthen the party ahead of the 2017 elections.”

The legislator also called on President Uhuru Kenyatta to expedite the process of putting in place new IEBC commissioners to prevent the possibility of postponing next year’s General Election.

Gumbo argued that now that the process is at the doorstep of the President, he needs to move with speed and put in place a selection panel so that Kenyans can have new commission in good time.