Maziwa ya Nyayo & tingiza kidole: What I was told about Moi when growing up 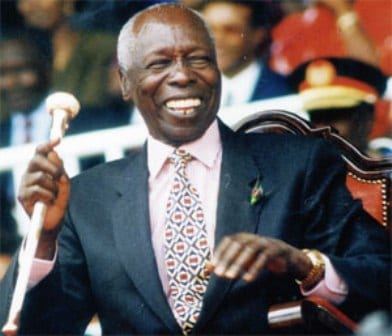 I was born in 1997, just five years before the then President Daniel arap Moi exited from power.

My recollection of Nyayo is very limited save for what my parents and siblings told me.

By the time I started school and learnt how to read the newspaper, all I I got to learn was that he was a no-nonsense President but one who loved children.

I got to know that he had been a teacher for many years and that during his Presidency he would make time to visit schools across the country.

Maybe that is why so many schools are named after him?

I later discovered that even airports, roads and bridges, around the country had the name Moi.

The famous maziwa ya Nyayo was also a favorite among my siblings though it eluded me.

To date, they still have pictures of the packets of milk and once in a while like to post them on social media as they reminisce over their good ol’ days.

They would tell me how twice a week, crated upon crates of maziwa ya Nyayo were delivered to their school.

Apparently my sister only drank from the packet that had girls drawn on it and my brother would refuse to have that one. He wanted the one with boys on the package.

When they later joined university, they would always be talking about the loans that were given indiscriminately to students to sustain them in campus.

I also heard tales of fimbo ya nyayo that he carried everywhere he went and the famous words tingiza kidole and Harambee that he often uttered to jubilant crowds during rallies.

On the other hand, there were tales about how far the ears of the man could reach.

It is said that the Moi had ears everywhere and I could sense fear whenever this tale was told.

Apparently if you said anything bad about President Moi, he would get to know about it within minutes and you would be in big trouble.

‘Special Branch’ now known as the National Intelligence Service reportedly had an elaborate network across the country.

Legend had it that the president did not read intelligence briefs but he avidly consumed whole reports.

Their tactics of taming dissidence sounded like the stuff of Hollywood blockbusters.

Nyayo House also raises my curiosity whenever I pass by, as I remember being told that it was a torture chamber.

The late President Moi seems to have been quite the character: loved and loathed in equal measure.