Met warns of floods in towns with poor drainage 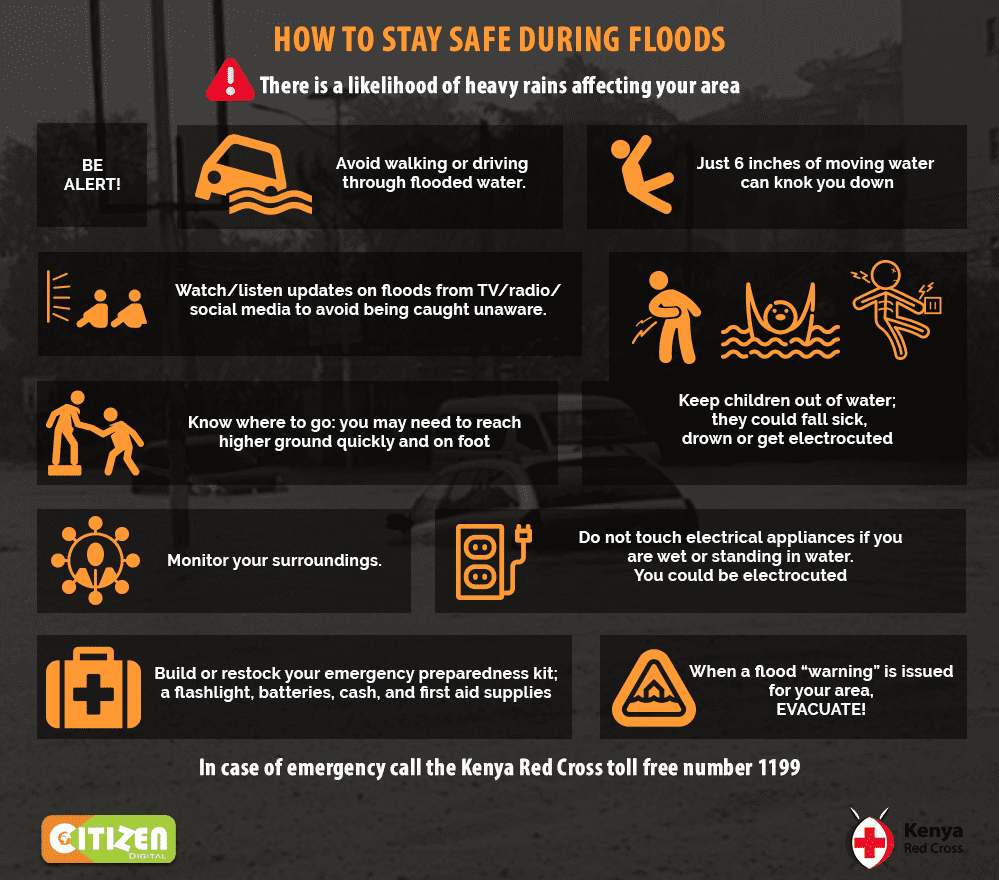 The Kenya Meterological Department has issued a warning over floods in low-laying areas and those with poor drainage.

Traffic disruptions are also to be expected following heavy rains that may be experienced between May 22-28, the weatherman said.

“Heavy rainfall is expected in parts of Western, Central and North Rift Valley, Northern and Central regions at the beginning of the forecast period,” a statement said.

The seven-day forecast also indicated that more landslides may occur in places where the soil has become saturated with rain and flood waters.

Others counties expected to experience heavy rainfall include Mombasa, Tana River, Kilifi, Lamu and Kwale in the Coastal strip.

The country has been experiencing heavy rainfall for the past three months even as the weatherman notes that the situation is likely to continue until June.

Over 100 people have been killed and more than 250,000 displaced following flash floods in several parts of the country, according to the Kenya Red Cross.

Almost half of the number of those killed were from Solai in Nakuru County where the Patel Dam burst its banks and destroyed homes and schools.