Migori Governor PA Michael Oyamo to be arraigned in Kisii 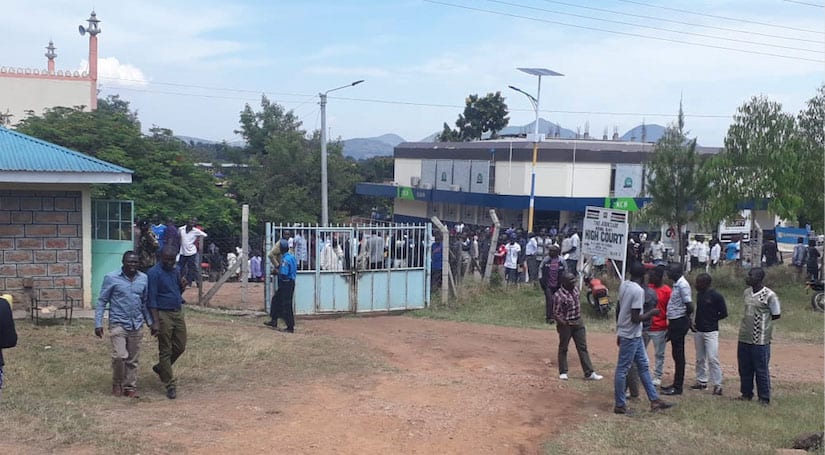 Michael Oyamo, the personal assistant to Migori Governor Okoth Obado, will be arraigned in Kisii on Tuesday morning.

He had earlier been expected to appear at the Homa Bay High Court for plea taking after a directive from Senior Principal Magistrate Lester Simiyu.

The Magistrate had argued that police should not violate the accused’s rights by holding him in police custody for long.

She however added that her court lacked jurisdiction to make him take a plea.

Former MCA Lawrence Mula (Kanyadoto) who has also been linked to the case is to remain in police custody for two weeks.

On Tuesday, residents gathered outside the court in anticipation but were a disappointed lot when he failed to appear.

Oyamo was arrested on September 4 over the abduction of Nation journalist Barack Oduor and Sharon Otieno. A day later, Sharon’s body was found near Kodero Forest in Homa Bay County.

The gruesome death of Sharon Otieno has gripped Kenyans with leaders calling for swift action on those behind the murder.

Migori Governor Okoth Obado and his PA have been adversely mentioned in the case involving the second-year university student who was pregnant at the time of her death.

Obado however maintains that he had nothing to do with the killing.

On Tuesday morning, DCI detectives summoned the Governor to their offices in Kisumu over the death of Sharon Otieno.

He is currently being grilled alongside Nation journalist Barack Oduor.