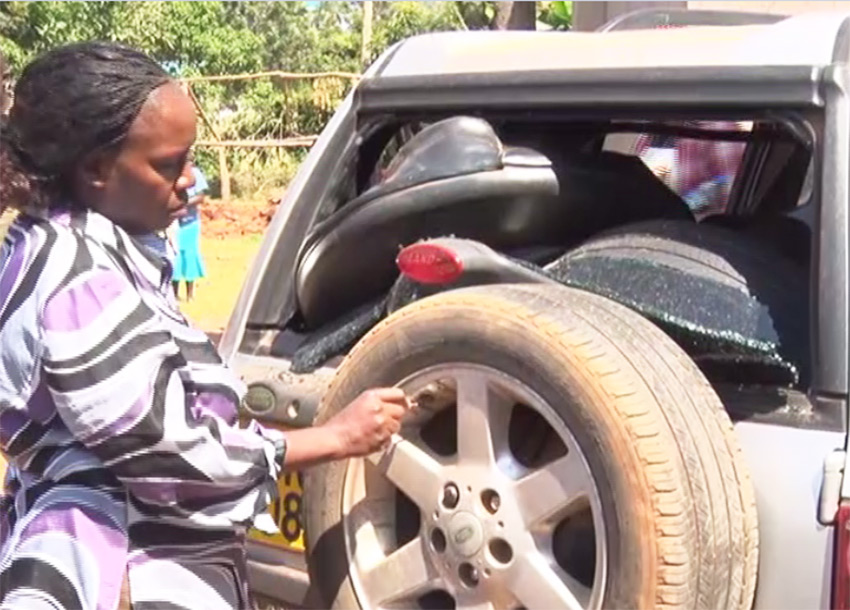 Joyce Kandie – the woman from Migori who grabbed media headlines in July 19 after she accused her husband Peter Natembeya of abandoning her and her six children – has sued for Sh150,000 monthly maintenance from her estranged partner.

Ms Kandie claimed her husband had eloped with another woman, a former bar attendant, whom he was bankrolling in Migori Town.

She says her children were deprived of basic needs due to her husband’s alleged illicit affair. She further alleges that Mr Natembeya subjected her to assault.

In the court papers, Ms Kandie argues she played a pivotal role in ensuring her husband rose through the ranks in his workplace.

She says when she met him, he was earning a monthly salary of Sh8, 000; and now that he is taking home a hefty chunk of nearly Sh180, 000 a month, he has neglected his parental responsibilities.

Ms Kandie adds that the man has invested heavily in expensive motor vehicles and property – both in Nairobi and at his ancestral home. She says her estranged husband is now engaging in numerous extramarital affairs.

She claims that Mr Natembeya was throwing her out of their matrimonial home without caring about the children, forcing her to take refuge in her relatives’ and friends’ homes – a practice she says causes her and the children trauma.

She therefore wants the court’s intervention to compel the man to remit Sh150, 000 out of his Sh180, 000 monthly salary.

Pending hearing and determination of the matter, she further wants the court to direct her estranged husband to rent a house worth Sh30, 000 monthly for her and their children.

She says their children are about to close school for the August holiday and it will only be fair that they find a dignified home.

She further wants the court to grant her custody of their children, but to allow the man to have visitation rights.

The court directed Mr Natembeya be served with court papers to appear in court on September 6, 2016.

Ms Kandie on July 19 told Citizen Digital that she resorted to destroying her husband’s Land Rover Freelander because she had gone to ask him for money at the alleged mpango wa kando’s house – but he became hostile toward her.

“I had gone to the room he’s rented for the other woman to ask for food and upkeep money. Instead of giving me money – or telling me he does not have any, he rained blows and kicks on me. And when I saw he was overpowering me I decided to destroy his vehicle,” she said.