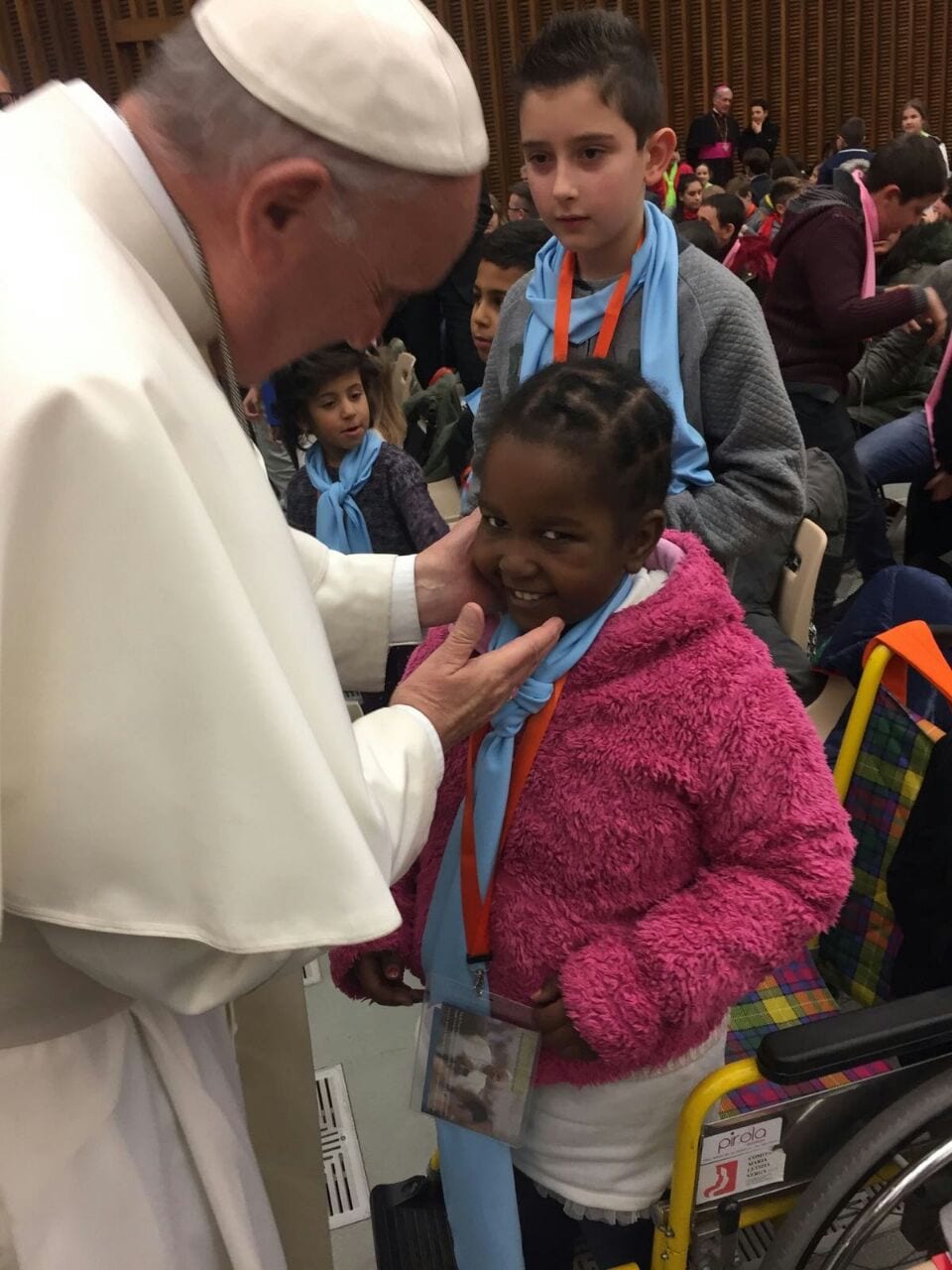 Mum, are there cartoons in heaven? I want to go heaven but are there cartoons? Those are some of the most heartbreaking questions that Veronicah Nyokabi Makumi suffering from Leukemia would ask her mother whenever the pain became unbearable.

The broad smile on the 10-year-old girl hides the traumatic experience she has been through ever since she was diagnosed with Leukemia in 2012.

Nyokabi can now walk without support after being on a wheelchair for years.

Her mother, Jane Makumi, said she started noticing her daughter’s changing complexion and weight loss, but she thought it was a normal ailment until she had her checked for total blood count.

“I became hysterical when doctors at Meridian Hospital in Rongai confirmed to me that our last born had cancer. Later, I passed out,” said Jane.

The news was equally traumatizing to Veronicah’s father who said he had never felt so hopeless in life before.

The parents were informed that the daughter had to start chemotherapy, which the mother said was a nightmare.

Veronicah’s condition deteriorated the night after the first chemotherapy and she had to be put on oxygen supply to help her breath.

“I carried her on my back at 2 am. I went outside the ward and told God she would not be taken to HDU (High Dependency Unit). I couldn’t stop crying. She was not taken to the HDU,” recalled Jane with tears rolling down her cheeks.

After two years of treatment at Kenyatta National Hospital, Veronicah had a relapse and her condition deteriorated further with doctors advising her parents to take her to Italy for a bone marrow transplant immediately.

“Her mouth had twisted to the side, she could not walk and had crossed-eyes. We had to act fast.”

The family, however, was facing a major hurdle of raising the Ksh19m required to save Veronicah’s life after a committee organized by the family and friends was unable to raise the funds.

The girl’s plight reached Inooro FM, which fundraised the remaining amount of money needed for treatment through its listeners.

“We most sincerely thank the family of RMS Chairman SK Macharia who also sent their contribution.”

The parents were able to travel to Italy, where treatment started immediately even though at one point, the doctors informed the mother that Veronicah might never go back to Kenya.

Veronicah was able to get confidential donors from US who donated blood marrow.

The treatment continued with Veronicah in unexplainable pain most of the times.

In December last year, after four years in Italy doctors broke the good news that Veronicah had triumphed over the cancer and they could come back home.

On Saturday last week, the family had a thanksgiving mass in their Rongai home.

“I am grateful to all those who gave me a second chance in life, to be a normal child,” said the cheerful Veronicah.