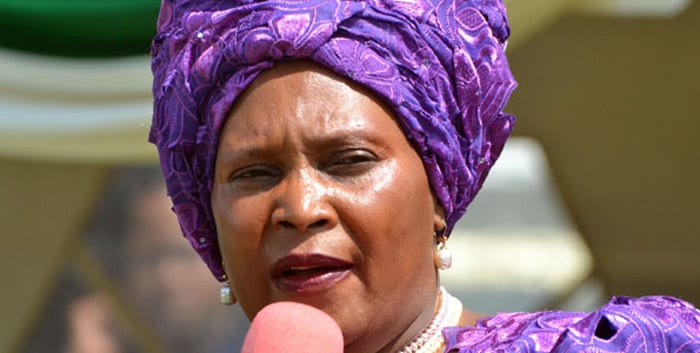 The authority that is mandated to increase access to employment for the youth was established through the National Employment Authority Act 2016.

A spot check on the website reveals other Board members as Jacqueline Mugo (Federation of Kenya executive director), Amb. Michael Oyugi, Gilbert Nyandiga, Edith Okoki among others.

On Monday, a section of Kenyans on social media revealed that they did not know of the existence of the National Employment Authority.

Others wondered if the appointment took into consideration the crisis of youth unemployment in the country; one in five youths in Kenya are unemployed according to the World Bank, a CNBC report states.

“What is this employment authority.. Why are we hearing it for the first time?? When was it put in place?? And what is its mandate?? And what have they achieved since they were commissioned??? What is their budget???” Martin Wangwe asked.

”How many bills did Mary Wambui sponsor to Parliament if any?…which policies will she formulate in her new appointment?” Micheal Njoroge posed.

”Does Mary Wambui have the merit? Does she need the job? Can she deliver?” Allen Arnold asked.

”I don’t have any problem with Mary Wambui. My problem is what is the role of National Employment Authority. Who do they employ, when and where? We want to go there,” Perfect Augustine asked.

Julishwa said: “Does this government honestly want to claim this people in retirement age are appointed in these positions to serve the youth? we are talking of youth unemployment but there are positions for retirees!”

“How I wish kuna sheria inasema anyone above 65 should not hold any office, be it political, public or even whatever board or commission. People should learn to share. Youth watawai pata job lini seriously kwa hii Kenya,” Gatuu Joseph posed.

Dee Ndani added: “Am angry to say the least. How now??? Why??? This is an insult to the many jobless graduates in our country. When will our country ever move forward? With such appointments, we’ll always be in the last century.”